I have a pretty interesting topic to talk about today: a competitive x86 processor that is not from AMD or Intel - but from VIA. The field of x86 has been dominated by AMD and Intel since a long time - but hidden just out of sight, there exists a semblance of third party competition. The processor I am going to be talking about today is an x86 64 bit processor (yes that is x86) from VIA which packs quite a punch everything considered. 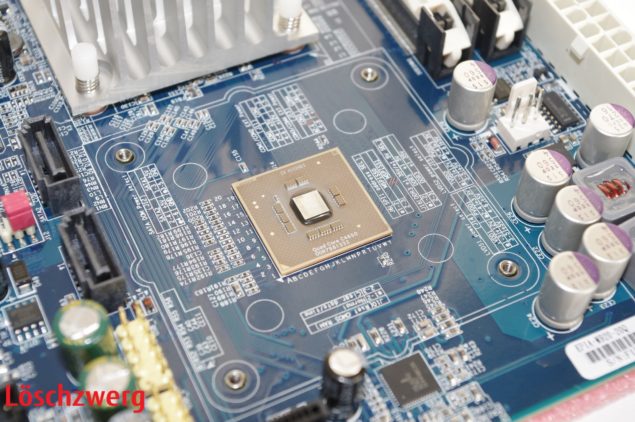 Now the current processors are actually designed by Centaur Technologies, a CPU design house that is a subsidiary of VIA Technologies. VIA was granted the x86 license by Intel for a period of 10 years in 2003, during which it could make x86 based processors and sell them. However, while that period expired in 2013, Intel had also included a 3 year grace period during which negotiations to renew the contract could be had. Anyone without a math handicap would notice that this grace period expires in 2016. The current status of the licensing agreement between VIA and Intel is not known.

Previously, VIA's (technically, Centaur Technology's) processors have been at the 40nm process - but this particular gem is actually based on TSMC's 28nm node if reports online are to be believed. It features 4 cores on a single die and is based on the Isaiah architecture that we have seen before. Amazingly, it supports all instruction sets upto AVX 2.0 and can handle just about any modern application you care to throw at it. Infact there are multiple videos of users running modern games on the processor. (a particularly good example is embedded below).

Now the benchmarks in question are courtesy of CNEWS.CZ so be sure to check out the full thread if you want to look at more benches (with a little help from Google Translate). Its worth mentioning that currently VIA does not list the processor at its website. However, the fact that we are looking at a single die product means that this is actually a part of the VIA Nano family. Before any further ado, lets look at some benchmarks:

The frequency of these processors have been normalized at around the 2.0 Ghz mark so this is a very good approximation of the performance theis chip offers. It is also a good time to point out that while the C4650 offers highly competitive performance in most aspects, there are some aspects in which it is dis-proportionally lacking - these includes crypto and other niche work loads. Sill it manages to put on quite a bit of a fight and even  manages to outperforms some of Intel and AMD's low-end offerings. This is something that speaks volumes of a company that is pretty much the third wheel and the black sheep in the battle between two titans of the x86 industry.

So there you go, the x86 processor based on the ISAIAH II architecture fares surprisingly good amidst the competition. With that out of the way it comes down entirely to the actual cost of the thing. It is at this point that the VIA offerings tend to suffer. Since the company has not achieved economies of scale, does not ship processors at a high enough volume and basically has to bear with high r & d costs without a proportional return - the pricing of their chips usually tends to be very high. It is a pity, because this is one of the primary reasons which keeps VIA from becoming truly mainstream and competing on an equal footing.

This particular processor has a single die design but the company is expected to update its dual-die designs as well (currently at the 40nm node).  You might remember I mentioned that users are uploading benchmarks of this chip as we speak and multiple cards and games including the GTX 960 and Battlefield have been tested so far. Infact, given below is a benchmark of the delightfully controversial Ashes of the Singularity game (in both DX11 and DX12) with the C4650 processor and AMD's Radeon R9 Nano. The load allotted to the processor is the crazy preset and the processor manages to chug out an average of 10 frames per second on DX11 and a full 20 frames per second on DX12. At slightly lower graphical options the processor fares quite nicely. So while this is most definitely not a good choice for high end gaming - this goes on to show the versatility of the processor - and that despite being a company at the periphery of the x86 Industry, it manages to deliver a processor that aspires to be just as modern as any other AMD or Intel offering out there (discounting the fabrication process disadvantage).