Update: Verizon has updated [corrected] the mistakes in the site. Removed Sense UI and removed the type in Google url. It is still 1GHz Snapdragon.

Now this is news. Either Verizon does not know that Nexus One cannot have Sense UI until Google says so or they have been allowed by Google in an exclusive deal to offer CDMA Nexus One version with Sense UI [I'd pick the former].

Anyway, apart from HTC Sense UI being on the list of Nexus One features, it was also mentioned and you can see it clearly in the picture that the phone will be available through Google's website only. This means that Verizon's version will not be sold by Verizon.... I'm confused here.

Although the screen shot comes as a quick sneak peek through a mobile camera but verification is very hard to have at this point in time unless it comes up as coming soon on Verizon's website. I tried to figure out whether the picture was "shopped" but it is not. Just wait for a couple of more weeks and you'd know. For now, let me know if you find anything unusual about this. 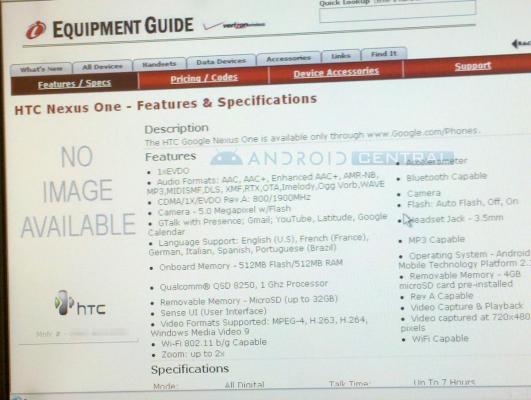 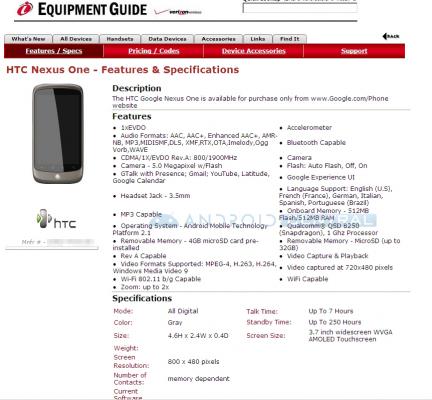 Android 2.3.4 OTA rolling out with Google Talk with video for Nexus S

Samsung: we are NOT making the Nexus Two.