AIR Benchmark, a website designed to test Adobe AIR performance on mobile devices, has seen pings recently from new versions of Gingerbread and Honeycomb. Both new Android OS builds were running on Nexus Ones.

Also listed in the results are two different versions of Honeycomb, HRI783D and HRI83D, running on Nexus Ones.

Now that Gingerbread has been spotted in the wild, the rumor mills will likely be ramping up, and (fingers crossed) it’s only a matter of time before a release candidate is leaked to the Nexus One community.

Check out the benchmarks below: 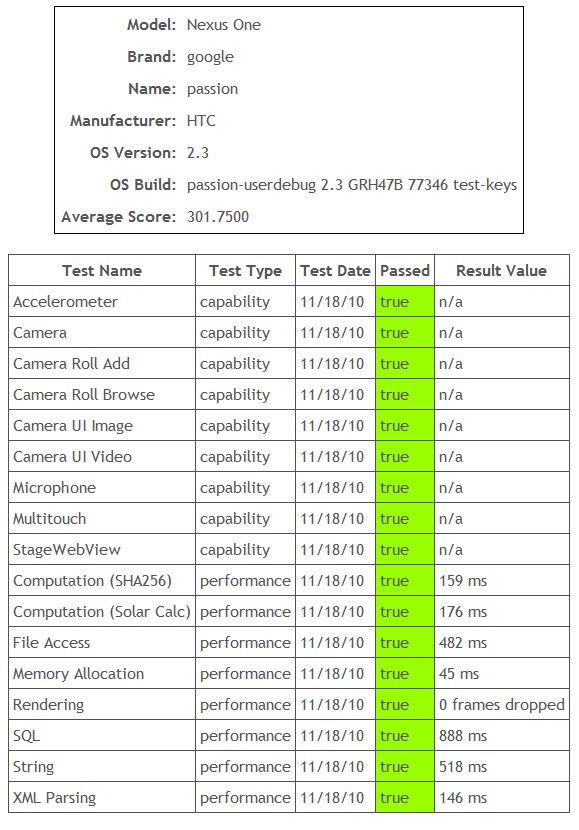