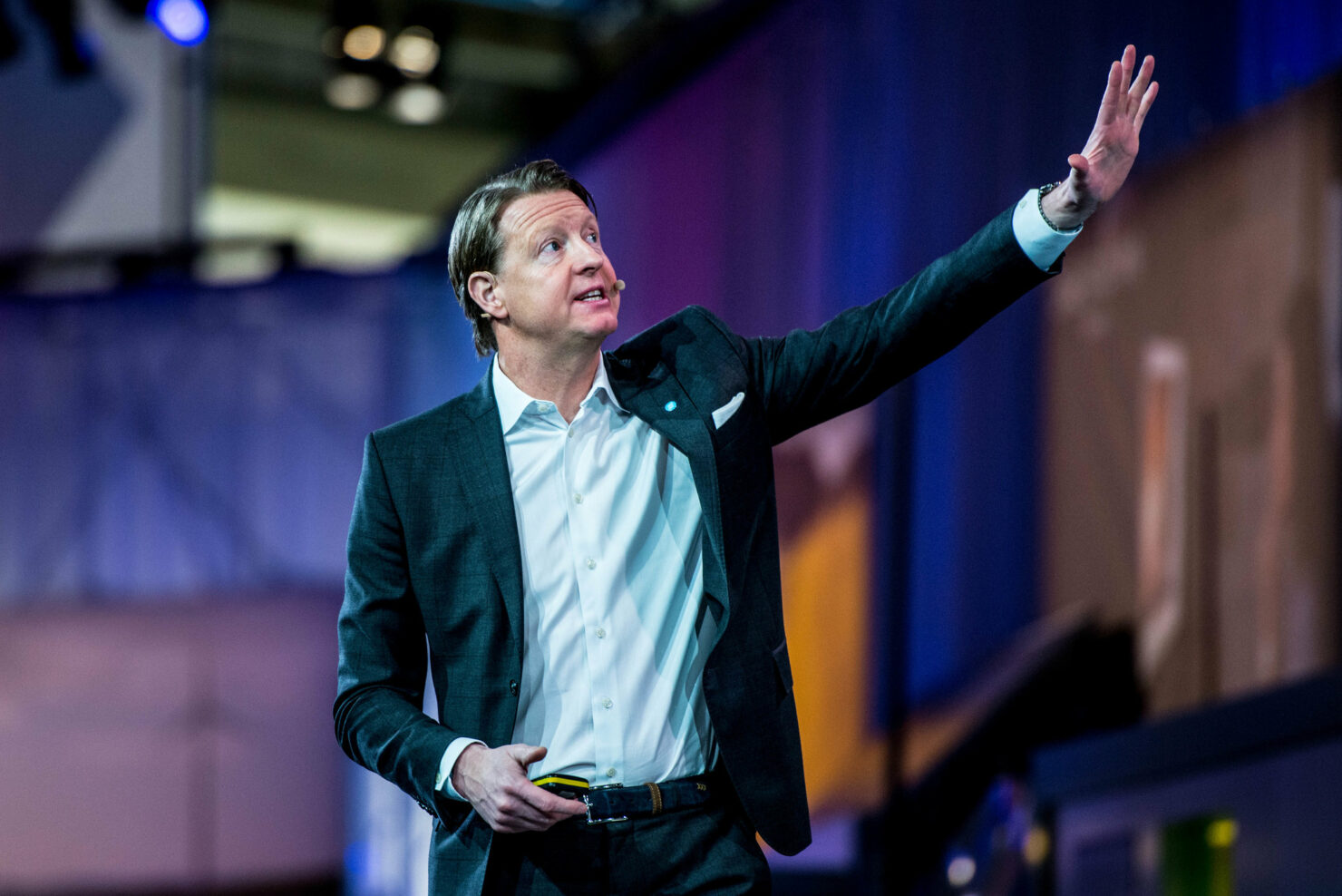 Verizon (NYSE:VZ) today announced that its current CEO, Lowell McAdam, 64, who has served as the company's CEO since 2011 will be retiring. Hans Vestberg. 52, will succeed McAdam and is stepping up from his current role as Verizon CTO.

The industry veteran is a relative newcomer to Verizon - he joined just last year after 25 years at Ericcson where he ended his career as CEO. Interestingly Vestberg was forcibly ousted from Ericsson due to criticism he was slow to respond to market changes and lacked "strategic vision".

Mr. Vestberg has overseen the deployment of the company's next-generation 5G mobile network,  which will greatly increase download speeds and lay the wireless foundation for self-driving cars and smart appliances.

“I am humbled to be appointed C.E.O. at such an exciting and dynamic time for our company and industry,” Mr. Vestberg said, “We are experiencing unprecedented changes in the way users interact in the digital world, and we are racing ahead to remain at the forefront of technology, connectivity, and mobility.”

The announcement comes just weeks after T-Mobile (NASDAQ:TMUS) and Sprint (NYSE:S) went public with the news that a merger had been negotiated and agreed upon by the two companies. The $27 billion dollar deal, which will see the merged entity continue solely under the "T-Mobile" branding, is being currently evaluated by U.S. regulators and is expected to be approved of this year. T-Mobile is currently ranked third in terms of subscribers with Sprint coming in at fourth. Together they still won't take the #2 spot from AT&T (NYSE:T) but they will be within striking distance.

A few quarters of strong growth and the new T-Mobile might be knocking on Verizon's door.

T-Mobile has already proved its ability to sustain multiple quarter-over-quater user growth - many of those coming from larger competitors Verizon and AT&T. The graph above illustrates why Verizon might be worried about the impending merger.

Verizon stock responded favorably to the news. Prices rallied after the announcement to close up for the day while T-Mobile, and Sprint all closed in the red with AT&T coming in slightly positive.