Vanquish Remaster Leaks on Microsoft Store; Allegedly Runs at 4K and 60FPS on the Xbox One X 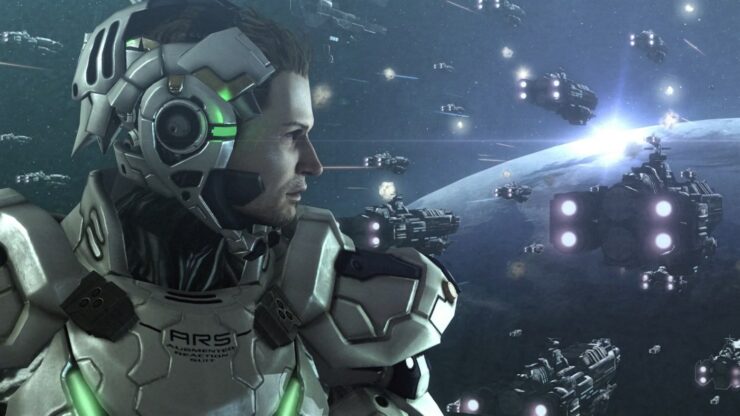 It appears that the official Microsoft Store has leaked the announcement of the Vanquish Remaster with a release early next year.

As listed on the Microsoft Store, the remastered version of Platinum Games’ Vanquish is slated for a release on February 18, 2020, for Xbox One. According to the game’s features, it will run in 4K resolution and 60FPS for the Xbox One X. While there’s no PS4 listing on the official PlayStation Store yet, it’s likely that this remaster will also be heading to Sony’s console. Whether this 'leak' is related to next week's Game Awards 2019 event remains to be seen.

Vanquish 2 Currently In Development As Xbox One Exclusive Game – Rumor 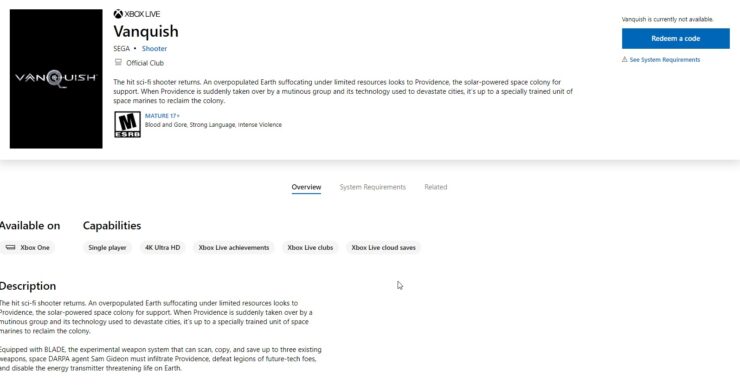 We’ve included the game’s description from the Microsoft Store below:

The hit sci-fi shooter returns. An overpopulated Earth suffocating under limited resources looks to Providence, the solar-powered space colony for support. When Providence is suddenly taken over by a mutinous group and its technology used to devastate cities, it’s up to a specially trained unit of space marines to reclaim the colony.

Equipped with BLADE, the experimental weapon system that can scan, copy, and save up to three existing weapons, space DARPA agent Sam Gideon must infiltrate Providence, defeat legions of future-tech foes, and disable the energy transmitter threatening life on Earth.

Published by SEGA, Vanquish first released for PS3 and Xbox 360 in October 2010. The Developed by Platinum Games, the game is directed by Resident Evil creator Shinji Mikami. A PC port of the game was released back in May of 2017.

“VANQUISH is a game where we’ve tried to inject the extreme pace of an action game into a shooter. The gameplay and staging are all put together around the keyword ‘intensity’. I think it’s very rare to come across a game where shooting loads of robots is so much fun,” said game director Shinji Mikami upon the game's announcement back in 2010.

“We are delighted to have the chance to work with Shinji Mikami, one of the most successful and celebrated game directors in the world,” said Mike Hayes, CEO of SEGA West. “VANQUISH is set to offer gamers the chance to be immersed in a truly cinematic gameplay experience, with the scope and special effects of a Hollywood movie.”