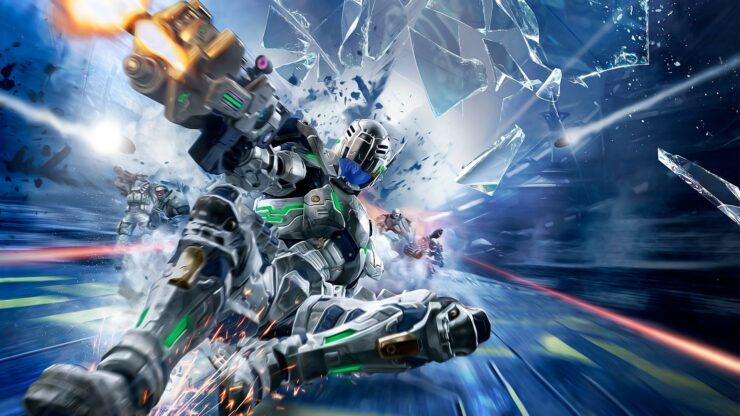 Following the release last month of Bayonetta, starting today, PC players will also be able to enjoy another excellent game developed by Platinum Games, Vanquish. Those worried about a shoddy PC port can put their fears to rest, as it elevates the experience to the next level.

Earlier today, Digital Foundry took a good look at the Vanquish PC port, highlighting the many improvements introduced in the port, such as the addition of ambient occlusion, improved shadow resolution, higher quality assets and more.

At the end of the analysis, Digital Foundry has no doubt: Vanquish runs and plays great on PC, greatly overshadowing the original PS3 and Xbox 360 releases.

Based on our experiences with the PC version so far, the Vanquish experience has been elevated to the next level. The original console versions just don't hold up these days due to low performance and poor image quality, but gaming PCs today should have no issues powering through this lovely port. The game looks great, plays great and runs well. A genuine last-gen classic is enhanced in genuinely transformative ways on PC and we highly recommend you check it out.

On a related note, SEGA also revealed a couple of unsupported features that can be enabled with the following command lines.

-unlockaspectratio Removes the borders on the top/bottom or left/right of the screen in non-16:9 aspect ratios. Please note that Vanquish was originally designed to a 16:9 aspect ratio only, and as such, certain UI elements will be distorted with the lock disabled.

-fov 80 Use a number between 40-120 to change the field of view. The game was designed for an FOV of 80 degrees, so errors may occur at other values.

Vanquish is now available for purchase on Steam.