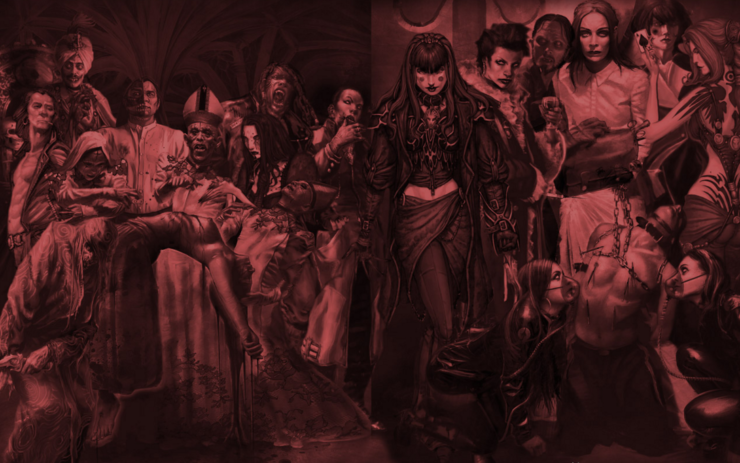 Earlier this year, Obsidian Entertainment, the team behind many popular role playing games, teased through its CEO Fergus Urquhart another project the team will be taking on in the future. By the given hints, it's been speculated that the team is working on a new Vampire: Bloodlines title. A recent survey launched by publisher Paradox Interactive has recently added more fuel to the fire.

In this recent survey, Paradox Interactive asks players about what they see as important in role playing games such as amount of side quests, branching story paths and more. Following these questions, those taking the survey are asked if they have played some of the best role playing games released in recent times, and, among them, is Vampire: The Masquerade - Bloodlines. The other mentioned games are Baldur's Gate II, Mass Effect 2, Fallout: New Vegas and Pillars of Eternity. The fact that the publisher is somewhat gauging interest for a new entry of the series is definitely encouraging, so make sure to take the survey to let Paradox know how much you liked Vampire: The Masquerade - Bloodlines.

As mentioned above, Obsidian CEO Fergus Urquhart mentioned a few months back that there's another yet to be announced project the team is working on, mentioning that Tim Cain and Leonard Boyarsky, who both worked at Troika Games, the team behind the first entry of the Fallout series and Vampire: The Masquerade – Bloodlines, may be working on it.

You could consider Tyranny a slightly smaller project than, for example, Pillars of Eternity. Is there something big that you’re working on at the same time?

Everything we’re working on right now is announced, except for one thing…Well, Eternity II is not announced, but it seems silly for me not to acknowledge it, though. If someone asks: “Are you working on it?”, I respond: “Well, wouldn’t you work on it?”. So then they say: “So you must be working on it”, and then I’m like: “Well, yeah”. How do you even get around that? It’s tough. So we have Eternity, Tyranny, the Pathfinder Adventures card game, and then there’s Armored Warfare. And that sucks up all but a few people. We’re looking at what the next thing will be that we’re going to make. We have Tim Cain working for us and Leonard Boyarsky has come to work for us recently. So I let people put two and two together.

Thanks for the tip, Erik Malkavian

Vampire: The Masquerade Bloodlines 2 Announced, Due in Q1 2020; Will Feature Ray Tracing and NVIDIA DLSS

Paradox May Be Teasing a Vampire: The Masquerade Announcement Taking Place During GDC 2019