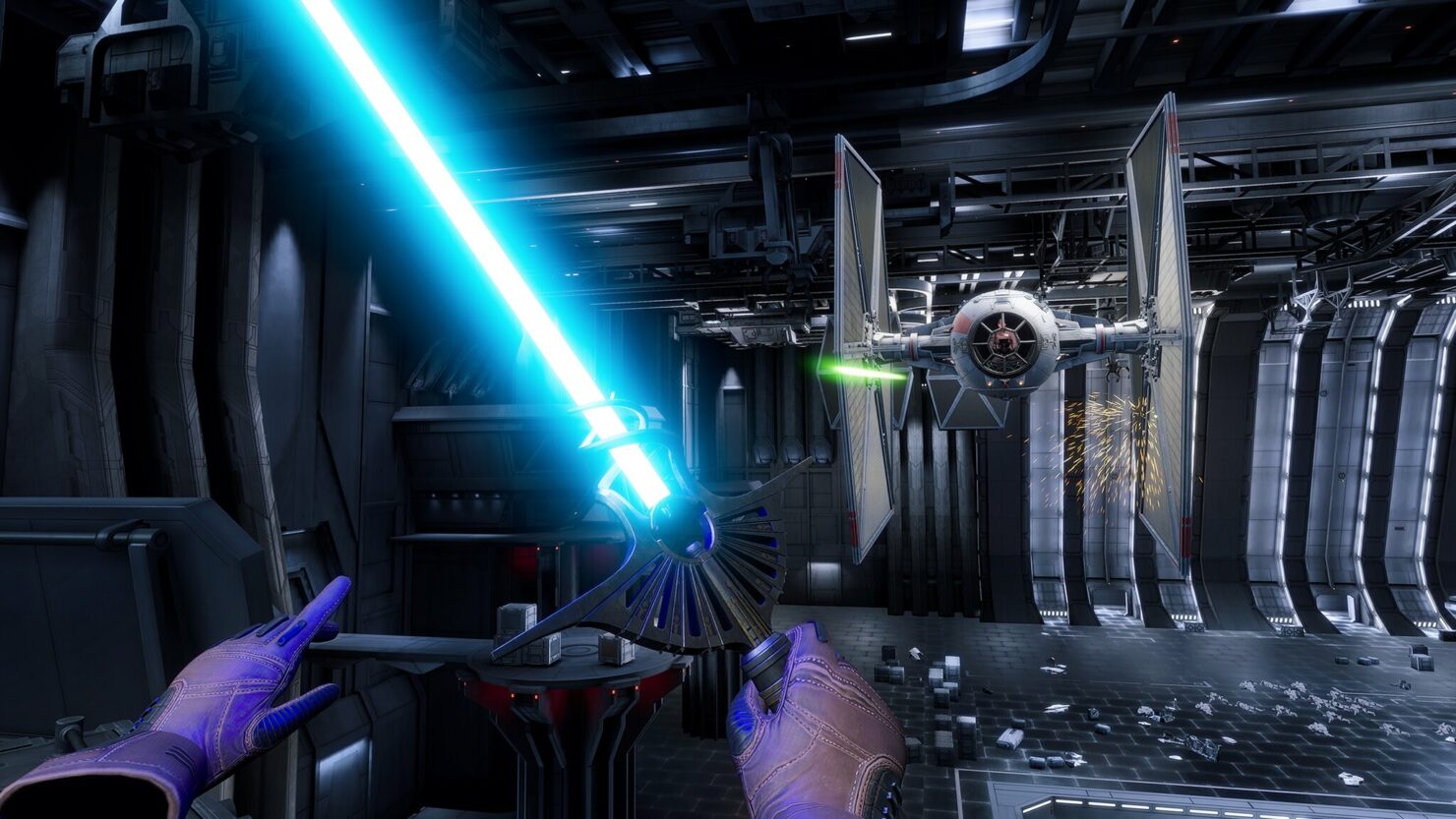 ILMxLAB Executive Creative Producer Mark Miller confirmed on the Official PlayStation Blog that the game is coming to PlayStation VR this summer. The new release will include all three episodes as well as the Lightsaber Dojos that were originally sold separately for Oculus headsets.

Today, I’m excited to let you know that Vader Immortal: A Star Wars VR Series is coming to PlayStation VR later this summer, and the series will be available as a complete series: all three episodes and Lightsaber Dojos will be available for purchase together, for the first time.

Mark Miller also provided some details on how the team made lightsaber combat feel right in Vader Immortal.

One of our first meetings began with a whiteboard. We listed out everything that we thought fans (and ourselves!) would most want to experience, if they were inside the Star Wars galaxy. Wielding a lightsaber was right there at the top of that list, but we knew that if we were going to do that, we had to do it right. We went through many different mechanics, both in-house and with our partners at Ninja Theory, before we got to the point where you really felt like you were parrying a blow, slicing through metal, or blocking blaster fire. We continually tested and tweaked the feedback until we got it right.

Vader Immortal: A Star Wars VR Series allows players to experience a story designed exclusively for virtual reality, a story where they will meet powerful enemies and new allies, including Darth Vader himself.

You will need the Force to survive the journey ahead.

Step into a galaxy far, far away and experience the first Star Wars story designed exclusively for virtual reality. Descend into Darth Vader’s mysterious fortress alongside new allies and encounter fearsome enemies, including the Sith Lord himself. Be at the center of a story in which you hold the key to the galaxy’s salvation… or destruction.