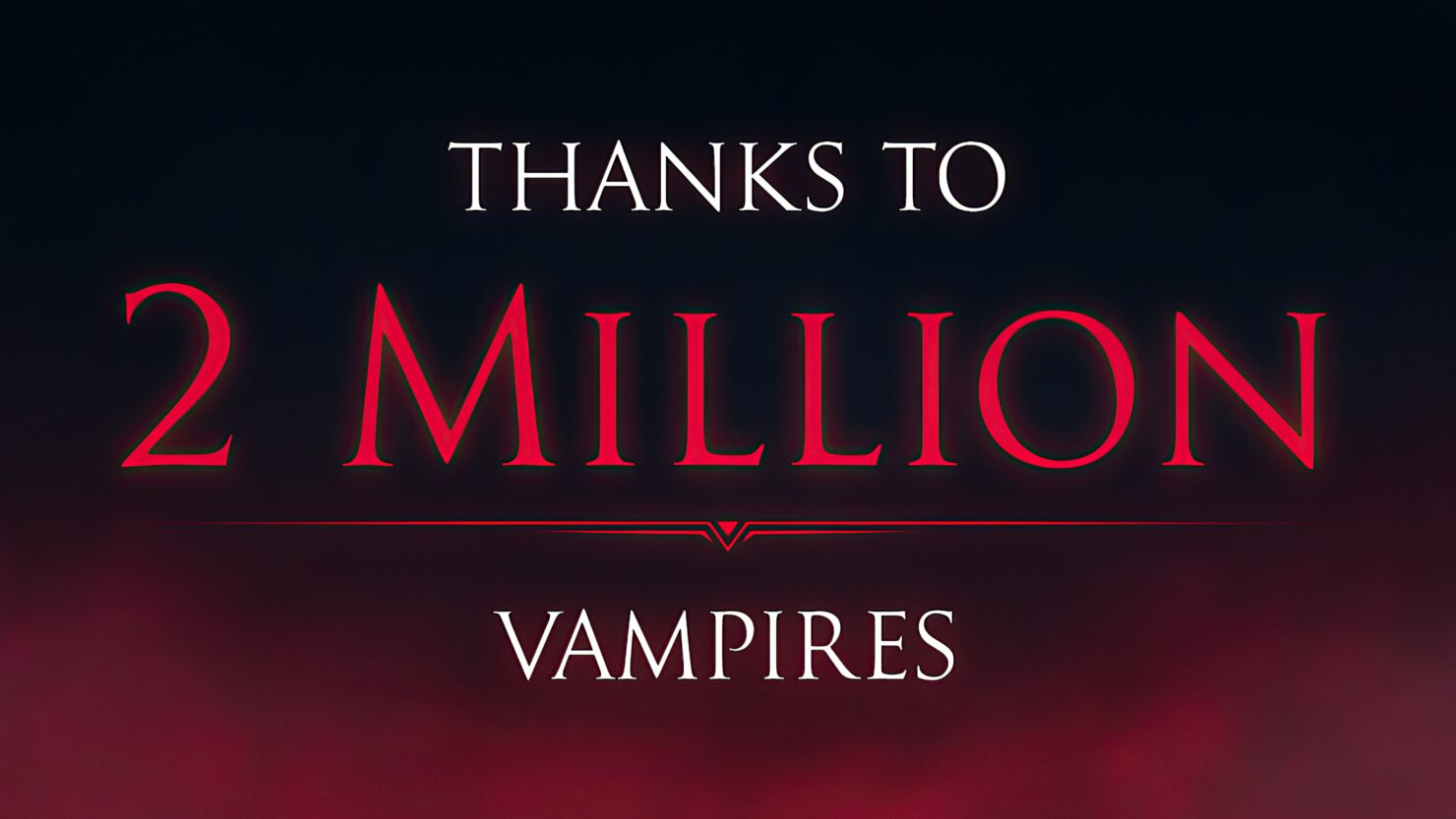 V Rising continues to pass important sales milestones. Today, indie developer Stunlock Studios announced that over two million players have decided to join the game and embark on the journey of a newly awakened vampire. That's exactly one month after the Steam Early Access release of May 17th.

We at Stunlock are very proud of the amazing start V Rising has made since launching on Early Access. Our goal is to make the best vampire game possible and this is a clear indicator we are on the right path. We will strive to reward our players with a new, ground breaking survival experience and also satiate any bloodlust.

The developers at Stunlock Studios are constantly updating the game. Yesterday's hotfix (Patch 0.5.42050) fixed a bunch of bugs, tweaked many spells and abilities, and introduced the following features:

We've got a wealth of guides for new V Rising players:

Stay tuned for many more guides and coverage!