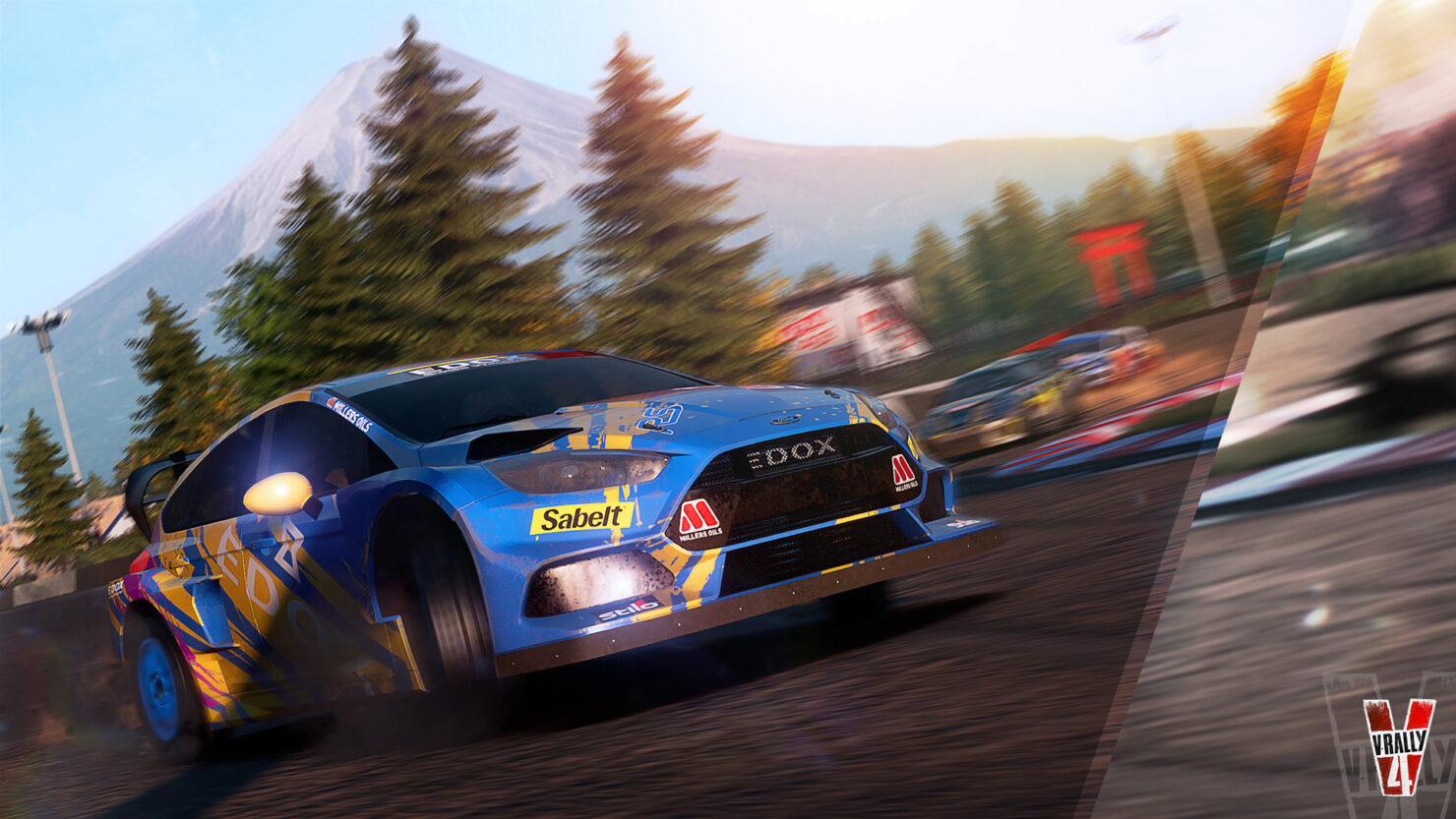 V-Rally 4, a new installment in the Rally series, has been announced by Bigben Interactive sixteen years after the launch of V-Rally 3. It will be developed by French studio Kylotonn Racing Games, already responsible for FlatOut 4, WRC7 and TT Isle of Man.

It's a real privilege for me to once again work on the V-Rally series. It's an extraordinary title that I have a very special connection to. I had a chance to join the team that created V-Rally to develop V-Rally 3 on the PlayStation 2 as a programmer. I'm very proud to be working on the franchise again 15 years later.

V-Rally 4 is targeting a release in September on PC, PlayStation 4, Xbox One and Nintendo Switch. There'll be all kinds of races from traditional Rally to V-Rally Cross, Extreme-Khana, Buggy and Hillclimb. Over fifty cars have been confirmed to be on the roster, including the Ford Mustang, the Ford Fiesta RS RX and the Porsche 911 Safari.

A career mode and an "innovative online mode" will both be featured, too. Below you can find the official system requirements for PC, via the game's own Steam page.

WRC 6 Review – Rolling Around in the Dirt