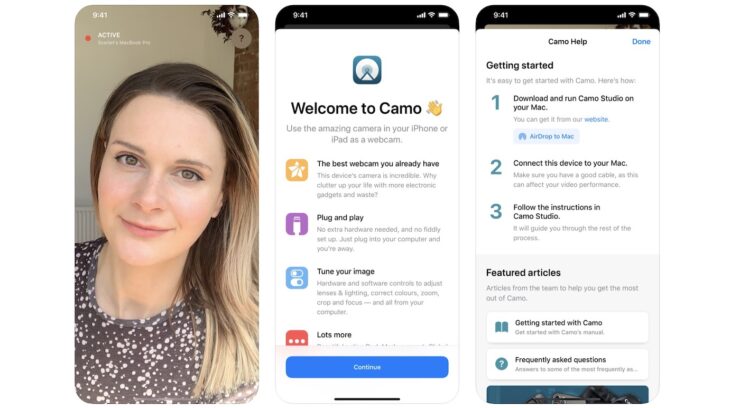 Camo is a new app that lets users use their iPhone or iPad camera as a webcam for their Zoom or Google Meet calls on Mac. It supports various lenses and resolutions, image modifications, and much more.

During the on-going pandemic, video conferencing has become the primary method of working, studying, and meeting friends and family. Many users who rely on their laptops for video calls have realized that the quality of the cameras on their devices is not as good as the ones on their smartphones and tablets. Luckily, Camo fixes this issue by allowing users to use their iPhone or iPad's camera as a webcam on their Mac.

I had been using Camo as my webcam for some time during the app's beta testing period, and it turned out to be a blessing in disguise. Not only did it help with better image quality than what my MacBook Pro provides with its camera, but it also helped keep my MacBook cool. I could even put my iPhone at an angle which did not make me look weird during a video call.

Unlike the camera on MacBooks, you can get high definition 1080p video from your iPhone or iPad's camera, which brings a massive improvement to your video calls. It works with just about any video conferencing app that you can throw at it. Through its Mac app, Camo allows you to adjust various settings like color, exposure, brightness, etc. Other features include support for dark mode, keyboard shortcuts, recording indicator, and much more. 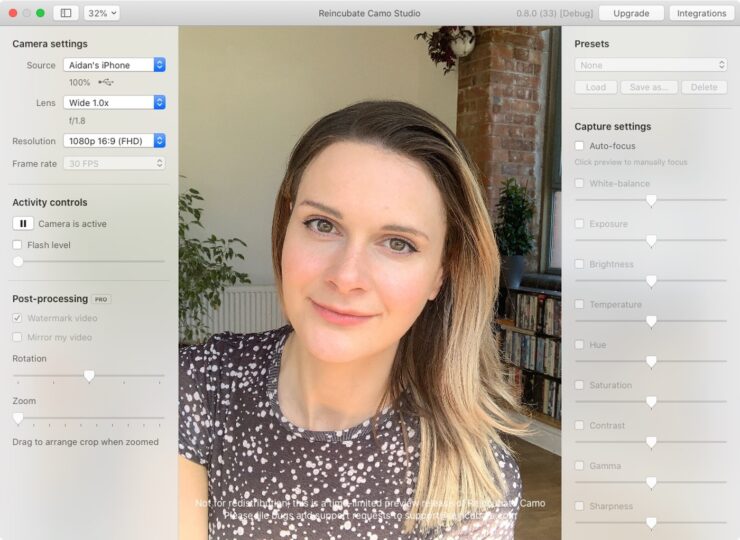 The app is available to try for free for Mac and iOS. The free version is limited to 720p video quality and shows a watermark during a call. The full version costs $39.99 per year and gives access to 1080p video quality, color adjustments, and more.

If you are fed up with the camera quality on your Mac and have an iPhone or iPad with you, Camo is a good way to improve your video calls right away. Give the free version a try here.