YouTube Just Stopped Classifying 720p as ‘High-Definition,’ Only 1080p and Above is HD 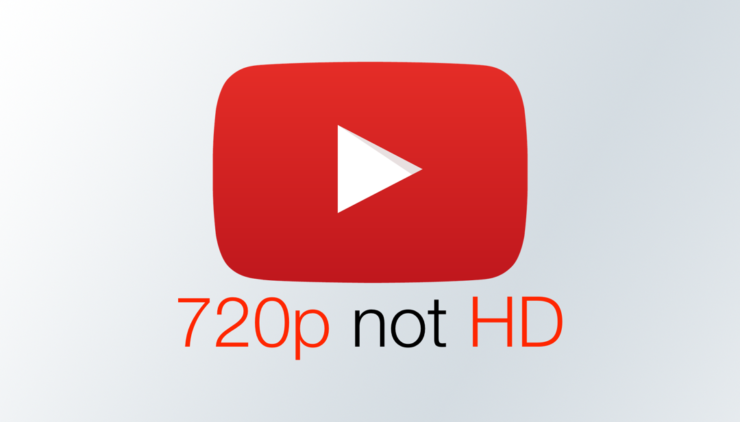 For years we've been calling 720p as HD (high-definition). But according to a new change rolled out by YouTube, 720p is no longer HD. Let's fight!

YouTube Stops Calling 720p as HD, Anything Below 1080p is Standard Definition - Do You Agree?

We know how things are in the world of video. If it's 360p or 480p, we straight up call it 'standard definition.' When it's 720p or above, it's 'high-definition.' We further break down the 'high-definition' category into Full HD, UHD and so on. The higher the resolution, the fancier the name gets.

But, for years, 720p has been HD. In fact, we still have tons of 720p monitors and displays around us. But it appears as though the folks over at YouTube completely disagree with the 'HD' moniker right next to '720p.'

If you open up YouTube right now, in either Safari, Chrome or Edge, play a video and go on to select the playback resolution manually, the 720p option does not feature the 'HD' badge in front of it. Have a look at the screenshot below and you'll know what I mean: 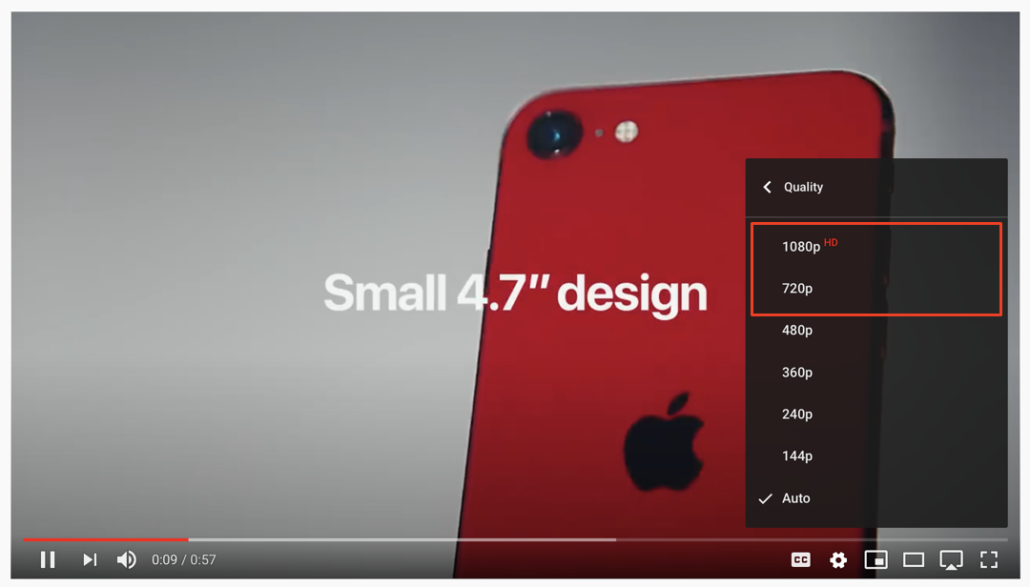 This is a rather strange and interesting move at the same time. Sure, many of you will jump to the conclusion saying how YouTube should even strip 1080p from its HD title as 1440p and 2160p is the gold standard for video these days. But honestly, I've seen excellent 720p and 1080p footage down-scaled and super-sampled from 4K UHD. More pixels does not necessary mean a better image quality. And furthermore, just to be clear, 720p not being classified as HD does not mean that the resolution is being phased out or something. It will stay, but apparently no longer be called 'high-definition.'

What made YouTube jump to that conclusion remains to be seen. But, I'm more interested in seeing how the community reacts to this change. After all, there are a ton of 720p 'HD videos' from yesteryear that just got downgraded to standard definition overnight with this change. Again, resolution is still there, it's just a classification change.

Do you think YouTube made the right call after all these years? You know what to do. Pull those keyboards and start typing!