Looks like consumers will finally be able to witness the successor of Microsoft’s current flagship device, Lumia 930. With Windows 10 just around the corner, we believe that this is the opportune moment for Microsoft to release its high-end smartphone offerings. Now, according to a rumor, two upcoming Lumia flagship smartphones have had their hardware specifications leaked. According to an industry insider, the two Windows handsets have been given the codenames Lumia Cityman and Lumia Talkman. Currently, there is no way to prove that the following specifications are false, but since this is the only lead that we have, we will stick to our guts and follow it. 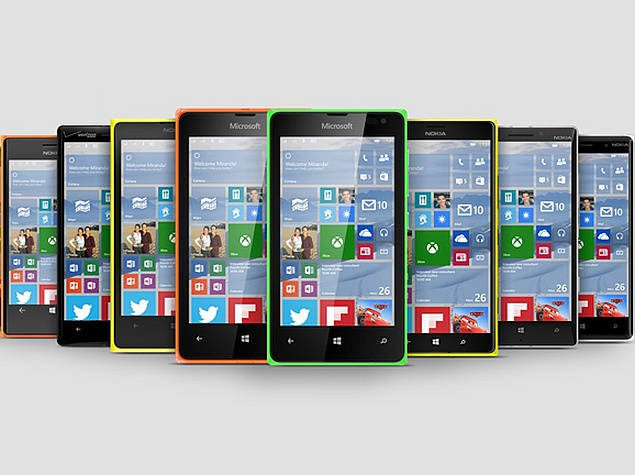 From the gathered information, Lumia Cityman appears to be the flagship smartphone since it features a 5.7 inch screen. Lumia Talkman will feature a 5.2 inch screen size and both Windows 10 handsets will render the QHD resolution (1440p just to make sure that we are on the same page). The rumor states that one device will feature Qualcomm’s octa-core processor, while the other one will feature the company’s hexa-core CPU. The only thing coming in our minds concerning the aforementioned information is that Lumia Cityman will be powered by Snapdragon 810, while Lumia Talkman will be running Snapdragon 808, which is present in LG’s G4.

Both smartphones will feature 3 GB of RAM, 32 GB of internal storage, microSD slot, and a 20/5 MP rear and front camera sensor combination. The only differences separating both gadgets is the screen size, SoCs, and battery capacities. Since Lumia Cityman is the larger of the two smartphones, it will be stacked with a 3,300 mAh battery, while Lumia Talkman will be running a 3,000 mAh battery. No details have been provided if the batteries will be lithium polymer or lithium ion type electron juice packs.

Microsoft will be aiming to make both smartphones slimmer than its Lumia 930, which should not be challenging, seeing as how the latter measures in at 9.8 mm across its waist. While the industry insider did not care to mention when these two handsets will be available in the market, our guess is that we should wait after the summer period. It is nice to see a change from Microsoft’s side, since all the software giant was doing was pampering the entry-level markets with its $70 Lumia 430 or $115 Lumia 530.

If the rumor turns out to be true, then we won’t not mind treating ourselves to Lumia Talkman, since more battery life is always preferred compared to Snapdragon 810’s overheating issues.