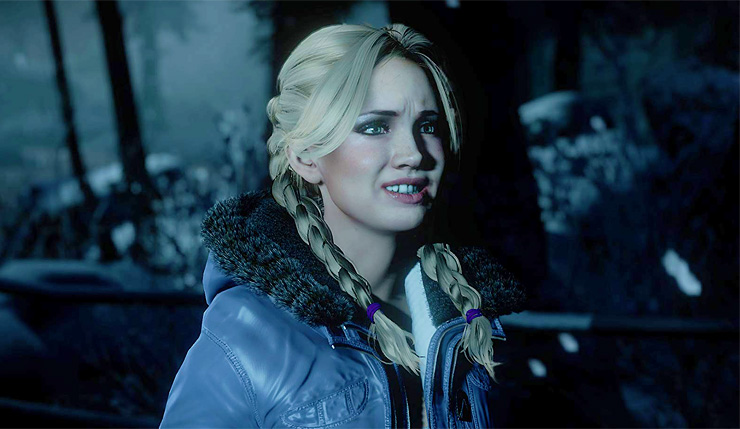 Supermassive Games’ Until Dawn was a surprise sleeper hit, selling over 2 million copies, and yet, we’ve yet to get a full-fledged follow up. Supermassive have produced a couple PSVR spin-offs, but those have left fans wanting. Currently, the team is working on The Dark Pictures Anthology, a series of short horror adventures that have a lot in common with Until Dawn, but, again, aren’t true sequels. Why is Supermassive so afraid of Until Dawn 2?

Game Informer recently asked Supermassive CEO Pete Samuels about the possibility of Until Dawn 2, and he acknowledged the demand for the game, but said they’re more interested in the anthology format for now.

After Until Dawn, [many] started to request a sequel, and it still happens today, so we know there is a fanbase that likes this kind of thing. A lot of [creating The Dark Pictures anthology] is about our desire to serve that fanbase from our perspective and to serve us ourselves in what we love to do, which is do more stories and characters, and do it more frequently than one or two every few years.

Even if Supermassive did want to do Until Dawn 2, there would be challenges, as the first game allowed for a lot of different outcomes…

On an anthology, it’s a great opportunity to wrestle with a new subject, a new genre, and with characters that you can develop specifically for that story. You’re not tied to historical characters that you have to use. If we were making sequels, we don’t know who survived. We could probably work it out from your game save, but we don’t want to make a sequel to that. We want to make a different story with different people.

Personally, I’m okay with there never being an Until Dawn 2. I liked the first game a lot, but mostly because of it’s impressive tech, visuals, and fun branching gimmick – the game’s story and universe weren't anything that special. All I really want is for Supermassive to make another game of the same scope as Until Dawn, as all these bite-sized VR experiments and whatnot just haven’t been fully satisfying. Hopefully The Dark Pictures Anthology, when combined, adds up to a full Until-Dawn-sized experience.

The first entry in The Dark Pictures Anthology, entitled Man of Medan, hits PC, Xbox One, and PS4 sometime this summer.