FlickR’s member ‘Techuser/2′ has shared a number of screenshots from his realistic rainforest map that was created in Unreal Engine 4. The rainforest certainly looks amazing and while some may argue that it might not look as realistic as in CryEngine, it looks absolutely beautiful.

Even though  this looks quite nice it's by no means indicative of the full capabilities of Unreal Engine 4 in recreating foliage or gorgeous environments as it's all about the texturing and lighting, that really brings a scene to life, something that could improve the quality and realism immensely.

It's quite exciting to see what developers create with the great possibilities of the Unreal Engine 4, and when we might get a AAA title taking full advantage of the huge potential of the engine.

A few weeks ago a gorgeous Unreal Engine 4 demo was made available for download, that truly showcases the huge potential of the Unreal Engine 4 engine. Additionally Epic's own "A Boy and his Kite" demo was also made available for download, which perfectly demonstrates the engine's potential in recreating intricately detailed open world environments.

Ninja Theory's upcoming PlayStation 4 and PC hack 'n' slash title Hellblade is another example of how amazing Unreal Engine 4 can look in the right hands. More on the absolutely gorgeous game will be revealed at E3 2015 in June and we will bring you all the new information and media for the title.

NVIDIA has recently introduced its new Dynamic GI called VXGI. VXGI has been integrated in a separate branch of Unreal Engine 4, and 3D artist "Byzantos" shared his results after experimenting with the new solution. 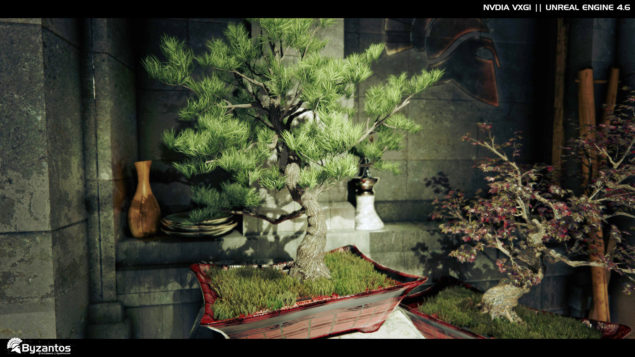 Byzantos claims that NVIDIA VXGI is the most accurate solution available today. you can view some screenshots and a video of his work, here.

A Beautiful Red Dead Redemption inspired saloon was also recently revealed, created by Polycount’s member ‘Matt_Billeci‘, which gives us a taste of what a current gen Red Dead title could potentially look like. Lets hope that we get to experience a new adventure in the beloved franchise soon enough.