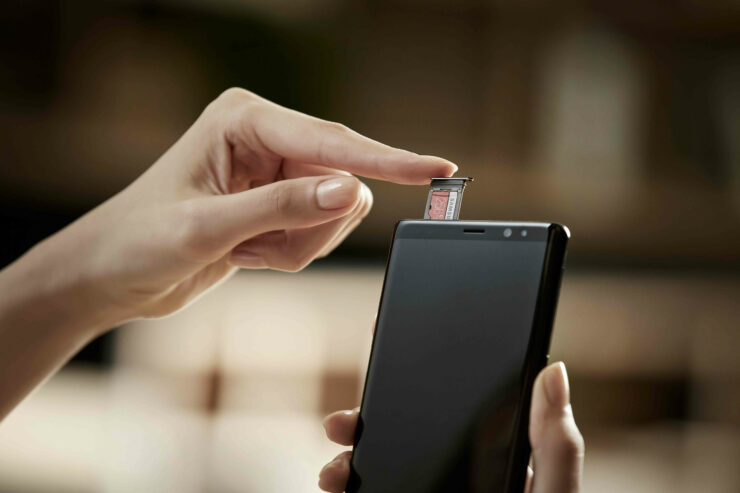 Finally, the Galaxy Note 8 Oreo update saga ends, with the carrier-unlocked variants of the flagship phablet receiving the update in the United States. Over the course of the past week, all four major carriers namely Verizon, AT&T, T-Mobile and Sprint, have already released the update for the Galaxy Note 8 on their networks so it’s about time that the unlocked variant received it as well.

Several reports confirm that Samsung is now rolling out the Oreo update for the unlocked Galaxy Note 8. Now would be a good time for those who own one to keep an eye out for an over-the-air update notification which should be arriving soon. If you're impatient and want Oreo on your device right now, check out our guide on how the flash the update to your device manually.

Last week, Samsung had confirmed that the Android 8.0 Oreo update would be released for all Galaxy Note 8 devices in the United States in the next 2-3 weeks. As expected, the carrier-locked variants got the update before their unlocked counterparts.

Usually, unlocked models tend to receive updates earlier than other devices, but it's the complete opposite in the United States, where they receive major updates after carrier-locked models. Samsung explained that the delay is because carrier-locked models have to go through testing for one particular carrier only whereas the unlocked models need to be put through a rigorous testing regime across all supported networks to ensure proper network functionality.

So, it comes as no surprise that the Galaxy S8 and Galaxy S8+ have already received Oreo on all four major carriers in the country, while the unlocked variants are left in the lurch. For the owners of the carrier-unlocked S8, the prospect of waiting even longer for an Oreo update is an unpleasant one.

Samsung is now rolling out firmware version N950U1UEU3CRC1 for the unlocked Galaxy Note 8 in the United States. As is the case with all major software updates, this one is a colossal 1.1GB and brings all of the features that are included in Android 8.0 Oreo. The update is devoid of any carrier bloatware, which is the primary reason people opt for an unlocked variant.