Uncharted 4 Is the Series’ Longest Game & the Most Varied in Terms of Locations, Says Druckmann 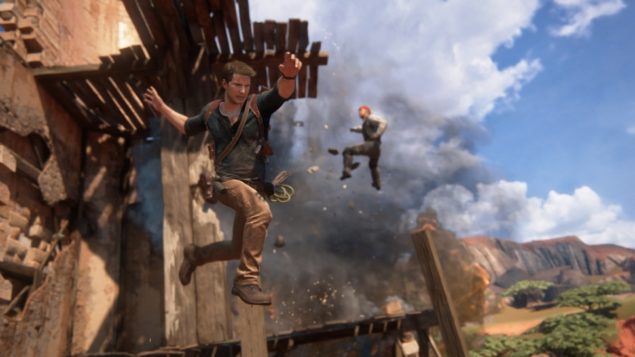 The press embargo for Uncharted 4 previews is up, though we had already brought you some stunning leaked screenshots yesterday.

In particular, a lengthy interview posted by Gamespot contains interesting tidbits of information regarding the game. Creative Director Neil Druckmann (who worked in the same position on The Last of Us) explained that Naughty Dog had the option to either cut a gameplay sequence or delay the game, which is what finally happened. He also mentioned that Uncharted 4 will be the longest game in the series and also the most varied in terms of locations.

When we realised we weren't going to hit 2015, it was sequences that were just coming online. There's an option on the table to cut that sequence out and see if you can stitch the game together without it, but you risk hurting pacing and story when you do that. Everything we put in there we felt was necessary to tell the story. It's very ambitious, it's the longest Uncharted in the series, and the most varied as far as locations.

I don't know if it'd be any different with another game, but this being the last one, we don't want feel like there was a missed opportunity here. We want to know we went out on top with a bang and do everything we intended to do, realise our vision. Like it or not, who knows, but for us, this is the game we wanted to make.

Sony Computer Entertainment also released a brand new 18 minute long gameplay video preview; you can check it out below. Uncharted 4: A Thief's End will release on May 10 exclusively for PlayStation 4.

See Nathan, Sam, and Sully explore the plains of Madagascar in this gameplay video.

Several years after his last adventure, retired fortune hunter Nathan Drake is forced back into the world of thieves. With the stakes much more personal, Drake embarks on a globe-trotting journey in pursuit of a historical conspiracy behind a fabled pirate treasure. His greatest adventure will test his physical limits, his resolve, and ultimately what he’s willing to sacrifice to save the ones he loves.