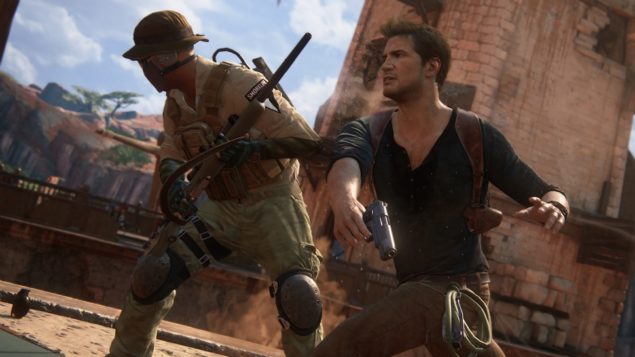 Uncharted 4: A Thief's End is finally about a month away from its release, after numerous delays. As usual before major releases, Sony Computer Entertainment allowed the press to go hands-on with the game and the embargo expires tomorrow.

However, Italian website Spaziogames.it broke the embargo by publishing their hands-on preview a couple of hours ago. The article has been taken down now, but not before the screenshots have leaked on the Web; obviously, we've gathered them in the gallery below.

If the images above are any indication, it appears that the folks at Naughty Dog once again mastered the hardware at their disposal. It's likely that Uncharted 4: A Thief's End will be the best looking game on PlayStation 4, between its technical prowess and the stunning artwork.

The game will be the final adventure of beloved protagonist Nathan Drake (once again voiced by Nolan North), who unexpectedly finds out that his brother Sam (voiced by Troy Baker) is actually alive. Sam asks a retired Nathan for help and the two embark once again on a globe-trotting journey in search of a fabled treasure.

We'll be covering anything relevant on Uncharted 4: A Thief's End, one of the biggest releases due in 2016, as the game approaches its May 10 release. Stay tuned.