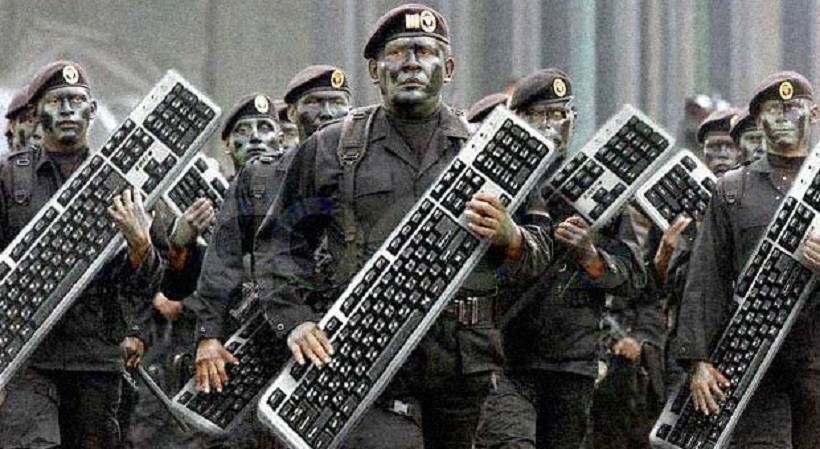 Theresa May: Russia is using cyber as part of a wider effort to attack and undermine the international system

Following an unprecedented joint statement by the US and UK intelligence agencies on the threat of malicious cyber activity by Russia, the British PM has announced working on the world's largest cybersecurity agreement.

This is world's biggest cybersecurity pact, reported The Independent, as leaders from the 53-nation bloc are expected to sign this cyber declaration mainly aimed at strengthening defenses against the Russian threat.

"Cybersecurity affects us all, as online crime does not respect international borders"

In her statement, May said that the country has called on Commonwealth leaders to take action and to work collectively to tackle the cybersecurity challenges. "Our package of funding will enable members to review their cybersecurity capability, and deliver the stability and resilience that we all need to stay safe online and grow our digital economies," she added. "The Commonwealth plays a pivotal role in shaping the future for many of its members."

We have put security on the agenda for the first time so we can work together and build a safer future both for Britain, and for the 2.4 billion people around the world who live in the Commonwealth.

The focus is largely on Russia as May accused the country of "using cyber as part of a wider effort to attack and undermine the international system."

"We know what it's doing, and we should be in no doubt that such cyberwarfare is one of the greatest challenges of our time," May added ahead of her meeting with the four leaders at Britain's National Cyber Security Centre. 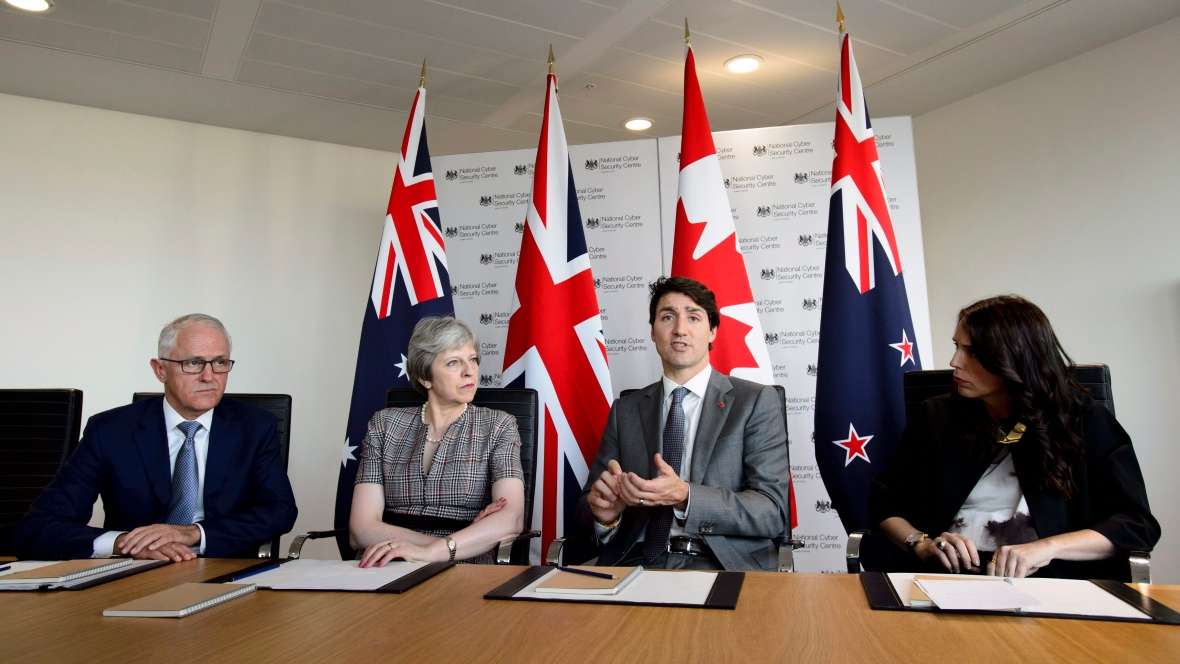 After this alert that was issued by the US and UK spy agencies, other members of what's known as Five Eyes, are apparently also joining hands against Russia's cyber-capabilities. The country has been previously blamed for several high profile attacks, including last year's ransomware campaigns that mainly affected British businesses and the 2016 DNC hack. Moscow has continued to deny all such allegations and has said that Washington and its allies have failed to offer concrete evidence.

"There are folks out there in the world, countries out there in the world who do not share our values and our approach to freedoms and mostly the rules-based order," Trudeau said in his statement. "So the importance of like-minded friends and partners like us four to stand together provides a response and a solidarity that is a clear message to those around the world who do not play by the same rules."

Earlier in the day, Homeland Security Secretary Kirstjen Nielsen had also used a similar tone, saying that "complacency is being replaced by consequences."

"Will not tolerate cyber meddling aimed at the heart of our democracy." DHS

Today's decision to introduce the world's largest cybersecurity pact includes offering £5.5 million to low and middle-income member states of the Commonwealth to conduct national cyber capability reviews before the next Commonwealth Heads of Government Meeting (Chogm) in 2020.

For what it's worth, over 30 of the world's top technology companies have signed their own pact, pledging to not take sides or aid any government as they appear to be entering in an era of cyberwars. Some major names like Google, Apple and Amazon, however, haven't yet signed this pledge.