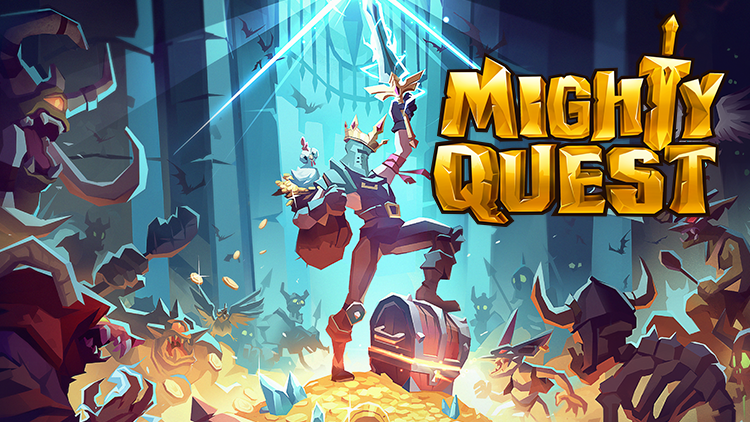 A few weeks ago, Ubisoft announced that it would release a mobile version of its The Mighty Quest For Epic Loot title by July. Pre-registration opened up shortly after and today, the game is publicly available on the Google Play Store.

The most significant difference between the PC and mobile version of the title is the absence of the "castle building" mode. The Mighty Quest For Epic Loot now primarily focuses on hack-and-slash combat peppered with Dark Souls-esque rolling manoeuvres. The movement and combat mechanics are relatively easy to pick up courtesy the unskippable tutorial at the beginning of the game.

Having played the game for a few hours, I found out much to my dismay that the game doesn't support multiple input streams, i.e the game won't register input in you issue a command to move and fight at the same time. Rolling away as an evasive manoeuvre is always an option, but getting back into the battle to refocus your attacks on the same target can often be painful. Special skills can be unlocked as you play along which help make combat a bit more manageable. Oh, and the game runs exclusively in portrait mode.

The learning curve isn't terribly steep and you should get used to the controls in an hour or so. The slightly annoying part, however, is understanding the plethora of customisation options the game has to offer. There's a lot going on too quickly and a lot of players might not appreciate that.

The most annoying aspect of the game, however, is the sheer amount of monetisation that Ubisoft crammed into it. There are well over a dozen type of loot boxes that offer everything that one will need for paying their way through the title. There's even an 'Auto Win' token that you can buy to instantly clear levels. Talk about a sense of pride and accomplishment. I've only played the game for a few hours and will elaborate more as time passes. Watch this space for a full review in the next few days.