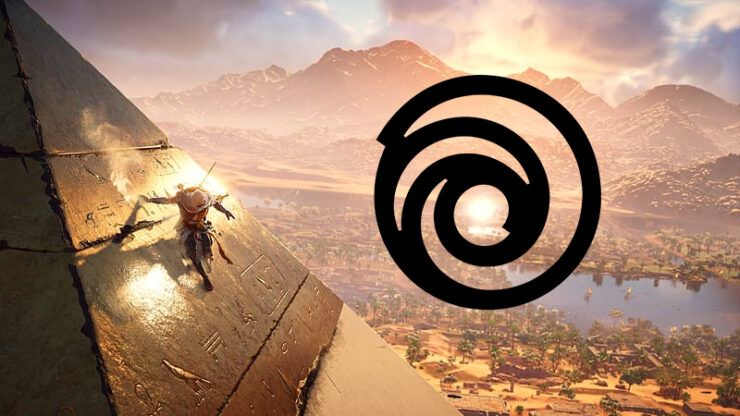 These past few weeks have been damaging for the big names in the games industry, with few positive things to note. EA (NASDAQ:EA), following their quarterly report, had a not-insignificant fall in share price, this was recovered thanks to Apex Legends. Activision Blizzard (NASDAQ:ATVI) went ahead with the rumoured layoff of over 200 staff to boost future profits. Even Nintendo (TYO:7974) saw their share price fall despite increased profits. Ubisoft (EPA:UBI), who have released their third-quarter results today, are hoping to buck the trend.

For the third quarter of the financial year, Ubisoft has posted €605.8 million in net bookings. This is actually a 16.4% year on year decrease from €725m. The company isn't concerned about this for one reason, it has surpassed the target of €600m. Over the nine months ending December 31st, 2018, the company has reached net bookings of €1.35 billion.

Ubisoft's Strong Q3 and a Superior Year so Far

According to their report, this can be attributed to a number of aspects. First and foremost is the strong launch of Assassin's Creed Odyssey. This was covered during the previous quarter, where it was noted that the previous quarter saw a bonus from pre-purchases of the title, with this quarter seeing a large benefit from the remaining sale. Assassin's Creed Odyssey also joins Far Cry 5 in the top ten best-selling games of 2018 according to the Ubisoft report.

This marks the third time, following the first and second quarters, which Ubisoft has beat their targets. Ubisoft Co-Founder and CEO Yves Guillemot had this to say regarding the current quarter:

Ubisoft delivered a solid performance in a quarter when, as expected, competition was particularly fierce. Our remarkable resilience was underpinned by the high quality of our games and services, our ability to reach a much wider audience than before –on more platforms and in more geographic regions –and the benefits gained from our digital transformation.

In addition to core new releases selling well, player recurring investment (PRI), meaning microtransactions, Downloadable Content, Season Passes, Subscriptions and advertising, has hit €444.3 million over the three quarters. This is a 38.9% YoY increase and also accounts for 32.9% of all net bookings. While I don't completely agree with the 'games as a service' method, it's paying dividends for the company.

Working alongside this is the increased community of titles like Rainbow Six: Siege, which has seen a 205% increase in eSports viewership during the 2018 calendar year. Furthermore, the constant updates of titles like For Honor and the aforementioned Rainbow Six: Siege. As well as contributing towards the PRI figures, they also count towards back catalogue sales over the three quarters. This now stands at €842.9m, a 38.6% YoY increase and now accounts for 62.3% of all net bookings.

From a personal perspective, one of the most gratifying things is the rise of the PC in the division of sales. PC now accounts for 22% of net bookings over the three quarters, having increased 58.1% YoY. Mobile has also increased by 77.6% YoY. Both have stolen share from the two major consoles. Over the current quarter, the Nintendo Switch has also gained ground on other formats, though likely to remain small as a result of upcoming titles by the company.

Further to these core titles, Ubisoft has no fewer than six DLC and one mobile title to be released over the coming quarter. These include Legacy of the Blade Episodes 2 and 3 DLC's for Assassin's Creed Odyssey, Vortiger DLC for For Honor, Rocket Wings DLC for Steep, Special Operations 4 for Ghost Recon Wildlands and finally Year 4, Season 1 for Rainbow Six Siege. The one mobile title is called Is It Love? Blue Swan, a game I honestly know nothing about.

Further afield, the company has large titles like Anno 1800, Skull & Bones and Beyond Good and Evil 2 to look forward to. We're also likely to see a new iteration in the Assassin's Creed franchise, which seems to have returned to a yearly release following its year off in 2016.

Yves Guillemot had this to say regarding expectations for the remainder of the financial year:

In view of our robust momentum and the upcoming releases of The Division 2 and Far Cry New Dawn, we expect to see record performances for fourth-quarter and full-year 2018-19

In all honesty, I can't see this being anything but true. With two high profile games being released, as well as a consistent performer in Trials Rising and the potential for strong sales from the re-release of Assassin's Creed III, the quarter looks extremely strong. This isn't even including the aforementioned DLC for currently released titles.

Expectations for the current year haven't changed since they were first predicted Q4 last year. Ubisoft is expecting, for the financial year, net bookings of €2.05bn. Operating income, based on this, is expected to be around €440m. All things considered, Ubisoft have remained steady during this recent turbulent period and it looks to be smooth sailing ahead.