Ubisoft Massive: PC Is Incredibly Important To Us, It’s Something That We Care About 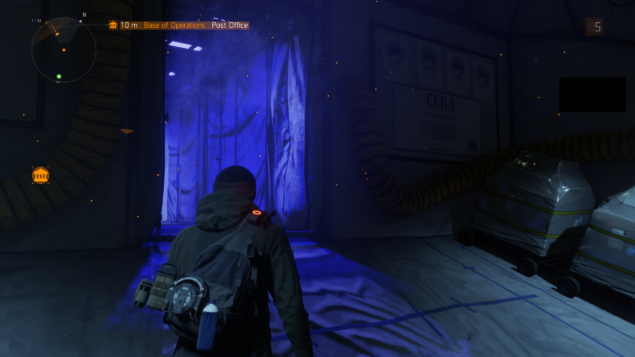 Ubisoft Massive finally talked about the PC version of The Division, and there are some very good news to share on this front.

Creative Director Magnus Jansén released the following statement to Rock, Paper, Shotgun in a lengthy interview on The Division:

PC is incredibly important to us. There are plenty of incentives to do a good PC version. Personally it’s important – a I play on PC whenever I can and I want the thing they play at home to be the best possible version. That is not to be underestimated as a driving force. Secondly, both of the studios, Massive and Red Storm started out on PC so it’s a matter of pride, or heritage and pedigree if you will. We feel kind of ashamed if we don’t do the PC version really well. It really is something that we care about.

We’re a very technical studio as well. Sweden is a very technical country – we’re good at infrastructure and design, and a lot of our staff come from the old demoscene as well. There’s a lot of that heritage in the Swedish dev community and that is true here at Massive as well. It comes very natural to us. The engine, Snowdrop, enables the artists to do all of that great UI work and makes it relatively easy to expose all of those options on PC.

There's even support for certain LED keyboards. For example, the button mapped to your medkit will begin to flash when you're low on health. You can also map a key for teammates, and that will flash too when they are in need of support.

For the first time, there will be a degree of integration between your UPlay and Steam friends lists. Overall, it seems like Ubisoft Massive worked hard on this version indeed.

Since the game is social at its core, we worked closely with the Uplay team to ensure that players will be able to play with their friends and also find new ones easily. Uplay now lets you invite your Steam friends into your Uplay Friends list and find people you recently played with. Your Uplay Friends list will also allow you to see when your friends are online and send them an invite or join their session seamlessly.

In terms of graphics, the first PC screenshots of The Division were leaked just a few hours ago and while they don't look as good as the original reveal, they definitely show a significant improvement over the console versions. There's a couple additional considerations to make in that regard: first, those screenshots have been taken at 1080P rather than 4K resolution; moreover, the leaker himself explained that the game actually looks a lot better in motion.

Do not be put off by the screens, it's one of those games that looks miles better in motion that it does in a screengrab.

The game runs smooth, Animations are great, sound and detail are all amazing.

No it does not look as good as E3, No game ever does.

But when you're playing it it does look pretty good and the gameplay flows really well, people in the room with me pre ordered the game straight away after playing for only a few minutes.

Respected German website PCGamesHardware seems to agree. In a hands-on preview posted just yesterday, they said that the game on PC looks so much better than the console versions that it's worlds apart, and there hasn't been such a drastic difference in a very long time.

Ultimately, we'll have to wait for January 29 (when the beta opens for PC & PS4 players; the test will start one day earlier on Xbox One) to check the work of Ubisoft Massive for ourselves. There shouldn't be any NDA, so stay tuned for our impressions and screenshots.