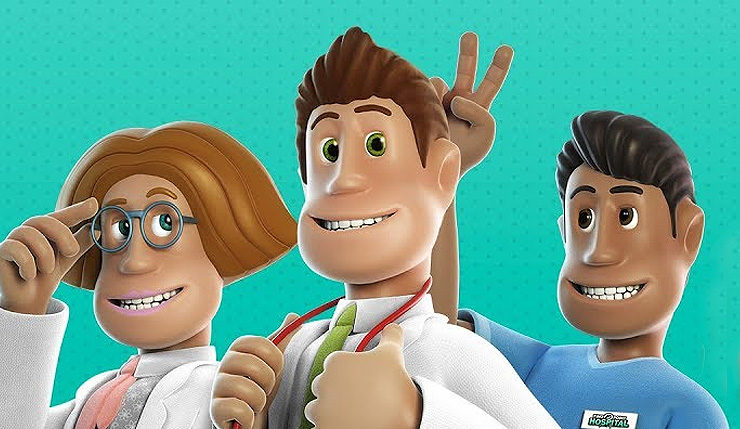 Can't get enough of the wacky medical sim Two Point Hospital? Soon, you'll get more management than you can handle with Two Point Hospital: JUMBO Edition, headed to consoles this March. If you thought you'd seen everything from the weird and zany medical frontier seen in Two Point Hospital, it looks like you've got another thing coming.

Two Point Hospital: JUMBO Edition comes packed with plenty of content, and none of the extra costs you used to have to pay for playing by way of DLC. That means you get the base game, four expansions, and two item packs, which lets you play with 27 different hospitals, 189 illnesses, and even more items than that.

Expansions include Bigfoot, where you must take care of the celebrity yeti Bartholomew F. Yet as you work to cure Cold Shoulder, Bard Flu, and Aurora Snorealis. Then there's Pebberley Island, where you start off your adventure in Pebberley Reef, move on to Overgrowth, and then head to Topless Mountain in the search for eternal youth.

In Close Encounters, you'll face off against some interesting conspiracies and secret facilities as well as some weird illnesses, like Lack of Humanity and Science Friction. Finally, Off the Grid is all about Two Point County's first eco-city with Green Things and Mother Nature. Make sure you don't catch any of the Root Snoot or Green Fingers while out gardening.

This new collection of Two Point Hospital: JUMBO Edition is heading to both physical and digital retail editions on March 5. It'll be available on PlayStation 4 and Switch. If you already own Two Point Hospital on consoles, you can get the new content digitally via the official store platforms.

Two Point Hospital Hands-On Impressions – We Can Cure the World