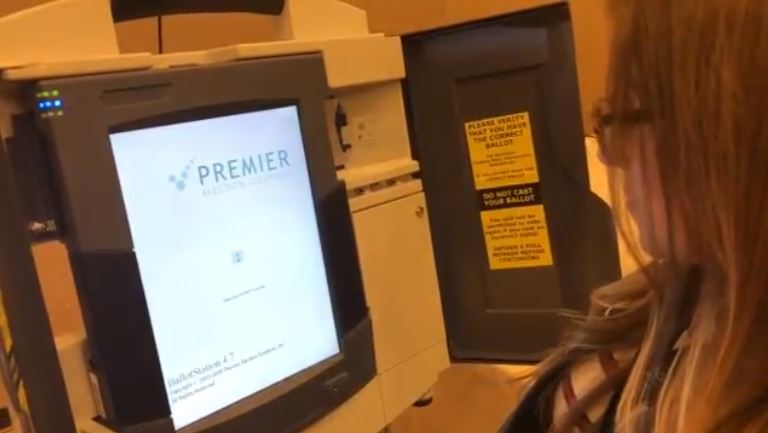 Once again at the Defcon cybersecurity conference in Las Vegas on Friday, hackers posed how easy it is to break into the election voting machines. At the conference, officials from the US Department of Homeland security were present to learn about the problems of the election security. Seemingly, there's another two-minute hack which will allow anyone to physically gain admin access on a voting machine. It's definitely alarming for the forthcoming elections. So let's dive in to see some more details on the hack and how it is performed.

Rachel Tobac shared a video on Twitter, showing how she gained physical admin access in less than two minutes. It required no tools and the operation does not require any hardcore hacking techniques. At this point, with hacking options as easy as this, these attacks threaten trust in politics and even leadership to a greater scale. These loopholes can possibly allow alterations being made to the final count, which of course, does make a lot of difference.

At @defcon hacking conference and just learned how easy it is to physically gain admin access on a voting machine that is used in 18 states. Requires no tools and takes under 2 minutes. I’m concerned for our upcoming elections. pic.twitter.com/Kl9erBsrtl

The voting machine is used in 18 different states which makes it an easy target. All that a hacker has to do is open the machine up by pressing the button located at the top, remove the card reader from the side and disconnect the cord. Turning the voting machine back on does not require any tool as well. It can be done with any pointy thing like a pen. Now, pressing the red button would turn on the voting machine. The bootup is followed by a series of prompts or air messages on the display. Getting rid of them will take you directly to the admin access interface.

The operation is dead simple and it is seriously concerning given the US midterm elections are only three months away. This is not the first time that a hack has been discovered, there is a bevy more with the different set of operations and techniques. Elections security has become a major issue in several countries other than the US. It's surprising the hack took less than two minutes. Mike Pence, vice president of the Department of Homeland Security stated at the cybersecurity summit that more states should improve their election security. This involved election voting machine hacks.

There will be more to the story, so be sure to stay tuned in for more details. This is all for now, folks. What are your thoughts on the election voting machine hack? Share your views in the comments.