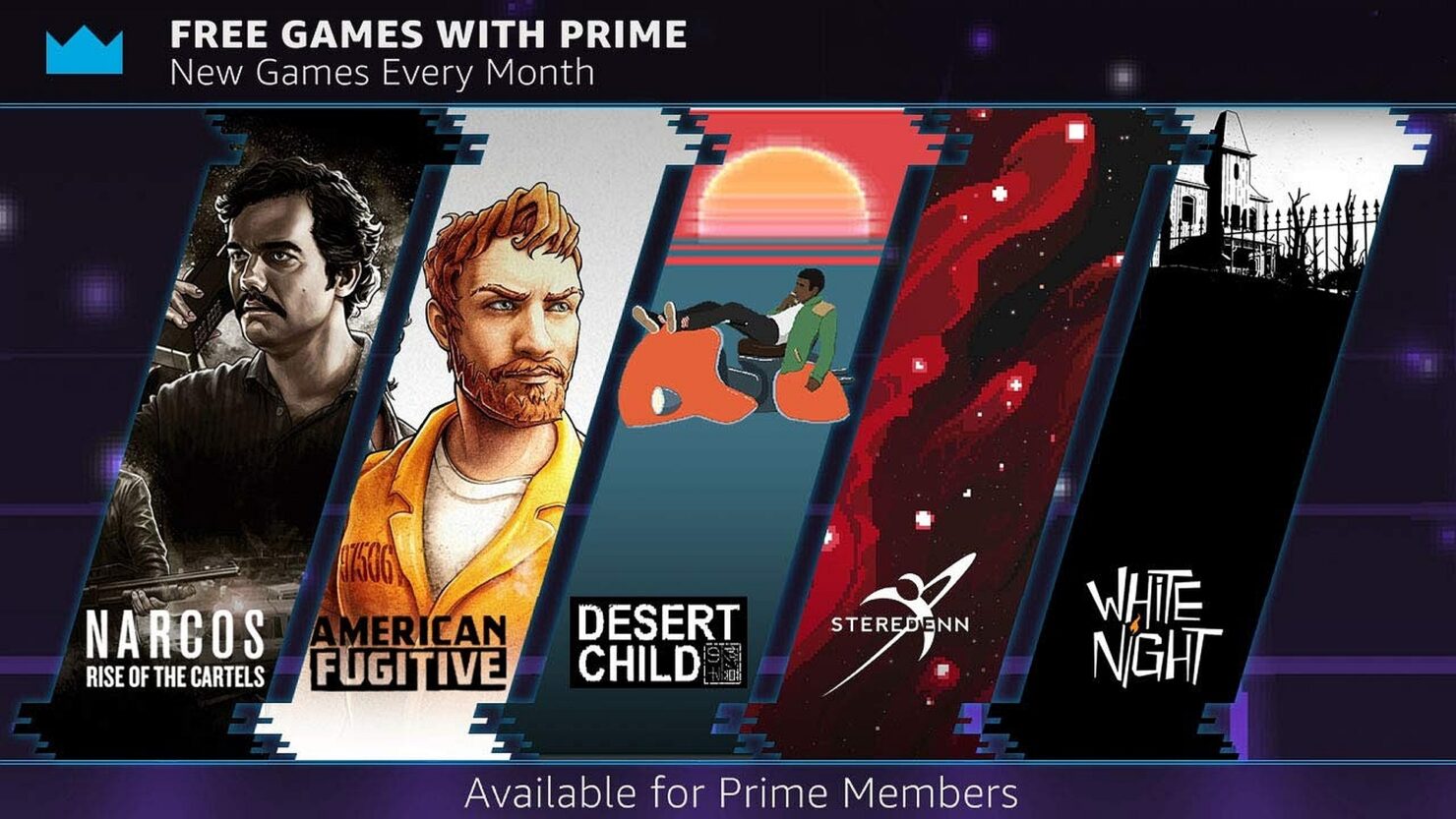 Twitch Prime subscribers are about to get a ton of free games and exotic Destiny 2 loot. Let's begin with the former, as this month's free games include the top-down GTA-like American Fugitive (which Chris praised in his review), the turn-based strategy game Narcos: Rise of the Cartels (this one disappointed Chris very much, though), hoverbike racing RPG Desert Child, frenetic space shooter Steredenn, and survival horror puzzler White Night. All these five games will be added to the Free Collection on February 3rd.

Beginning today, members can claim the Exotic Auto Rifle SUROS Regime, its Exotic Weapon Ornament Coup de Main, the Exotic ship unsecured/OUTCRY, and the Exotic Ghost Shell Skyline Flipside. Do note that this Twitch Prime offer can be redeemed on all versions of Destiny 2, whether you play on PC, PlayStation 4, Xbox One, or Google Stadia.

You'll have to go to this address, link your Twitch Prime and Bungie.net accounts, then start the game and head to visit Amanda Holliday in The Tower to claim your drops.

This is far from the only 'loot offer' available to Twitch Prime subscribers. The February calendar also includes drops for Apex Legends, League of Legends, Black Desert Mobile and more.

As a reminder, all of the free games and loot claimed with Twitch Prime will remain yours even if your subscription expires.