Tweetbot For Mac Now Allows You To Send Images Via DM, Usernames No Longer Counts Towards Character Limit 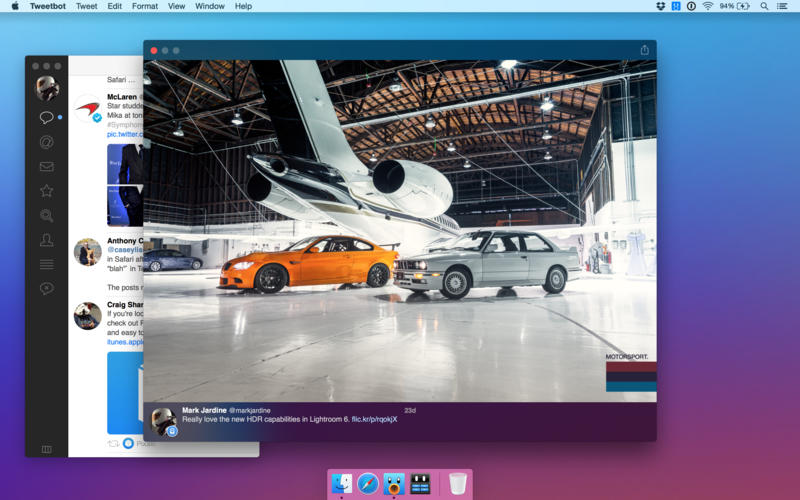 Tweetbot is one of the most popular Twitter clients on the market. While the client has updated its iOS platform last week to keep up with the latest changes introduced in the recent Twitter API, it makes sense for Tweetbot to do the same for its Mac app. The update jumps up the Tweetbot for Mac app to version 2.5 and includes quite a handful of features streamlined with the official Twitter app. So let's dive in to see some more details on what the update has in store for users.

First and foremost, the most important addition in the  new update is the ability to send images via direct messages. This feature was introduced in the Twitter API not so long ago, so its good to see it finally making its way to Tweetbot. What this means is that Tweetbot users on a Mac are now able to send images through the direct message option, just as they would do on the official Twitter app. 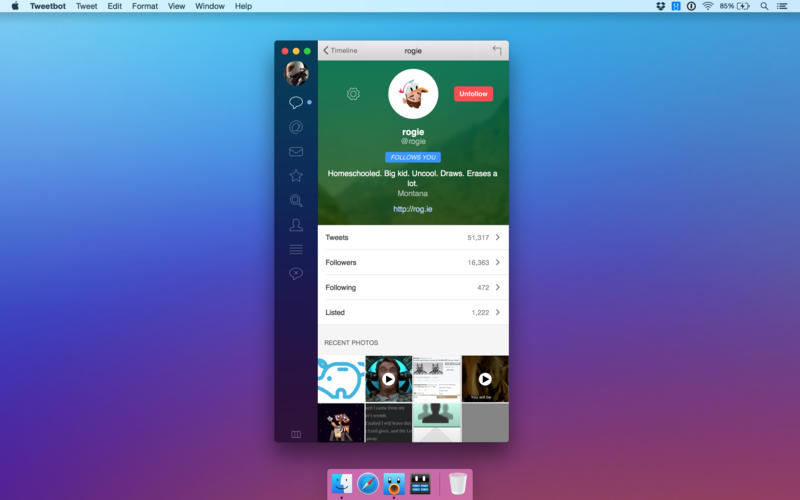 Another important feature incorporated in the update is that usernames will no longer count towards the 140-character limit. This will give more room to users to share their insights on the microblogging platform. Twitter announced this feature last month and now Tweetbot users can take advantage of it in their Mac app. 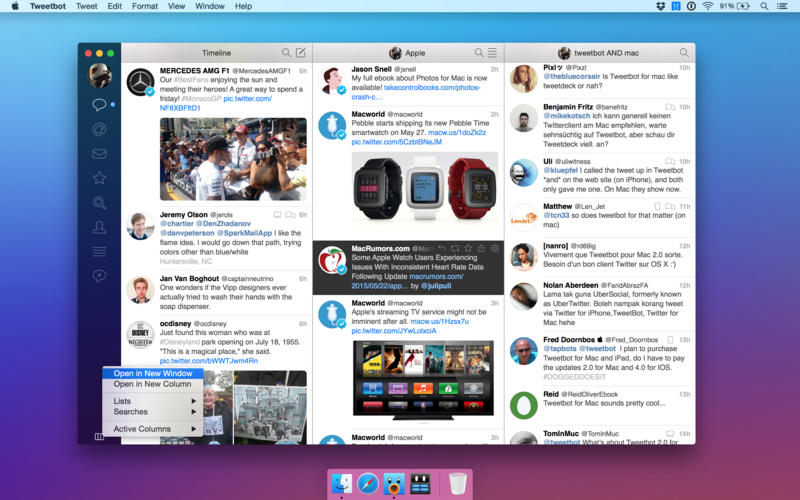 Apart from these two major additions, the update also carries a handful of bug fixes for a smoother user  experience and to perform a "Classic" reply. However, in the Classic reply functionality,  usernames will still  be counted against the 140-character limit. The complete changelog for the Tweetbot for Mac update reads: 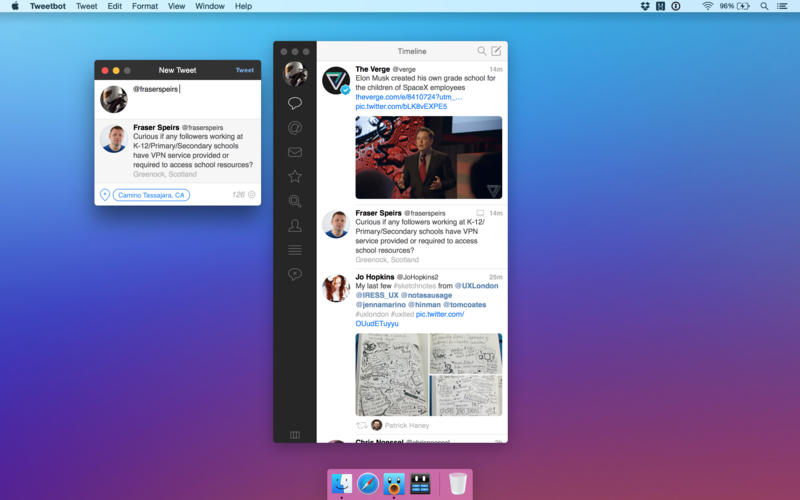 Tweetbot for Mac update is released a few days after the company rolled out an update for iOS. If you're interested in what's new in Tweetbot for iOS, check it out here. Tweetbot for Mac is available on the Mac App Store for  $9.99.