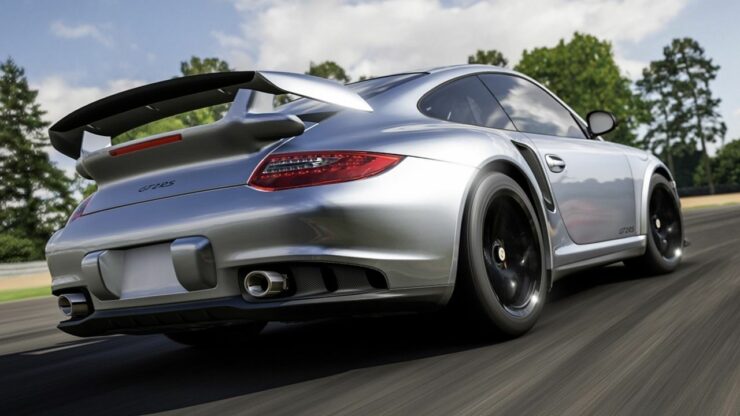 Microsoft PR reached out to us in regards to this topic, delivering a statement from Turn 10's Studio Software Architect Chris Tector. You can find it in its entirety below.

We would have been very surprised otherwise, as mentioned in the original story below. Still, if that is the case then the game is presently not running as intended after all, at least on PC, because the stuttering issues and uneven core balance are easily verifiable during the demo.

Hopefully, the developers can acknowledge this user feedback and fix the issue as soon as possible.

Forza Motorsport 7 got a free demo earlier this week on Xbox One and Windows 10 PC. The latter version also included a benchmark mode so that every gamer could easily evaluate his/her PC's performance in Forza Motorsport 7 so far.

By playing the demo, though, it's readily apparent that while the average frame rate is not a problem at all, there is a lot of stuttering due to frame pacing issues. This immediately reminded PC gamers of early issues in Forza Horizon 3, which were eventually fixed with an update by Playground Games. In fact, several users noted that only one CPU core was being used to the fullest extent, while the others were relatively idle.

Some users may notice that the game utilizes nearly 100% of one of their processor cores. This is expected behavior; we intentionally run in this manner so we can react as fast as possible in order to minimize input latency. Users on power-constrained devices, such as laptops and tablets, might want to use a Performance Target of “30 FPS (V-SYNC),” which will reduce processor usage and minimize power consumption.

This is certainly a strange stance to take for Turn 10. At least Playground Games eventually confirmed that frame pacing was an issue and they fixed it, too. If the game is to flourish on PC, then the developers will have to do the same and as quickly as possible, particularly since there's already a strong competitor in the racing simulation genre coming out today. I'm obviously referring to Project CARS 2 by Slightly Mad Studios, which was awarded a 9/10 score from Chris just a few days ago.

Forza Motorsport 7 is out on October 3rd, though customers who pre-ordered the Ultimate Edition will have "early access" availability starting on September 29th.