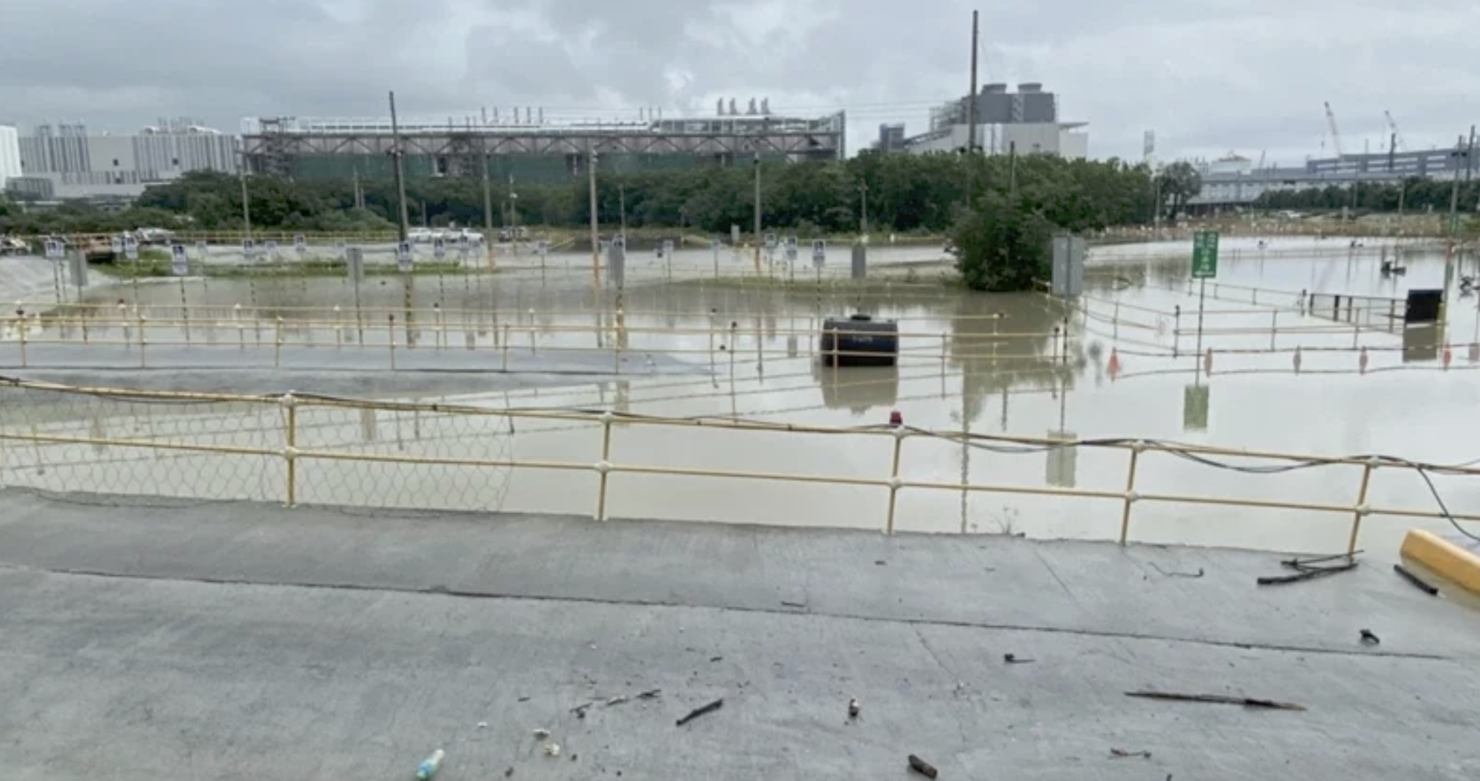 TSMC's construction site for its 3nm plant has been flooded by water from a nearby site. Image: Social Media

According to rumors from Taiwan, the Taiwan Semiconductor Manufacturing Company (TSMC) has started installing equipment in its latest production facility. TSMC is expanding its Fab 18 in the island's Tainan city for manufacturing semiconductors on the leading-edge, next-generation 3nm chip process node. Fab 18 is currently responsible for producing chips on the company's latest 5nm semiconductor process, and the facility shut down some operations recently after contaminated gas from a supplier made its way inside its main pipelines. It's also turning to be an eventful month for the Tainan plant, which saw its parking lot flooded with water drained out from a nearby construction site.

The details, reported by United Daily News (UDN), suggest that the 3nm plant began installing equipment yesterday, within days after contaminated gas threatened ongoing production at the Nan-ke, Tainan plant. This plant, dubbed Fab 18 by TSMC, is currently planned to have eight phases. Out of these, the first four are designed for manufacturing semiconductors on the 5nm process node, while the others will churn out 3nm chips.

TSMC is currently building phases 4 to 8, and once phase 4 is complete, the company's production capacity for the 5nm process will increase. Reports on the status of the 3nm phases, or productions lines, are unclear, as some suggest that currently, the 5nm phase is under construction. In contrast, others, such as today's rumors, believe that the Taiwanese fab has started to install machinery in its 3nm production facilities.

Additionally, the rumors leave it unclear whether the equipment being installed is for producing the chips or for other purposes. Given that a little less than a year is left before TSMC's official timeline for commencing 3nm mass production starts, if the rumors are true,  then it's unlikely that production equipment has made its way inside the Nan-ke plant this early. 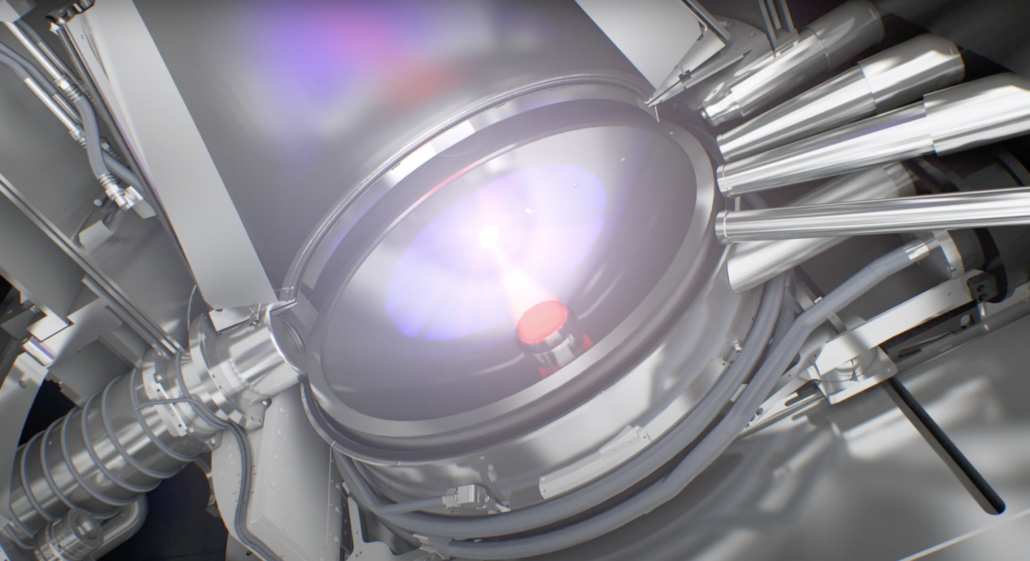 A laser hitting a tin drop inside ASML's TWINSCAN NXE:3400 to generate Extreme Ultraviolet (EUV) light inside the machine's light source. These machines are used to 'print' chips and cost more than $120 million apiece. Image: ASML

The machines used to manufacture the 3nm processors are solely manufactured by the Dutch firm ASML. They use low wavelength light to print billions of tiny circuits on a silicon wafer that is cleaned by chemicals multiple times in the production process.

Soon after it was the center of an accident that resulted in impure Oxygen making its way inside the plant's pipes, and after a nearby site was the victim of a robbery, the Nan-ke plant's parking lot also filled up with drained water from a nearby construction site.

Images of the flooding were shared on Taiwanese social media, where people speculated if the flooding took place in the areas designated for future 3m chip production. In response, the local authorities clarified that while the flooding did occur in the construction site for the 3nm facilities, it was isolated to the area of the park designated for parking vehicles.

Specifically, the area belongs to phases five and six of the Nan-ke plant, which is the first of four 3nm production lines according to the Southern Branch Management Bureau in Tainan. The officials, including those from Tainan's mayor's office, emphasized that the flooding took place on the outskirts, and it did not affect operations in the Nan-ke facility in any manner.