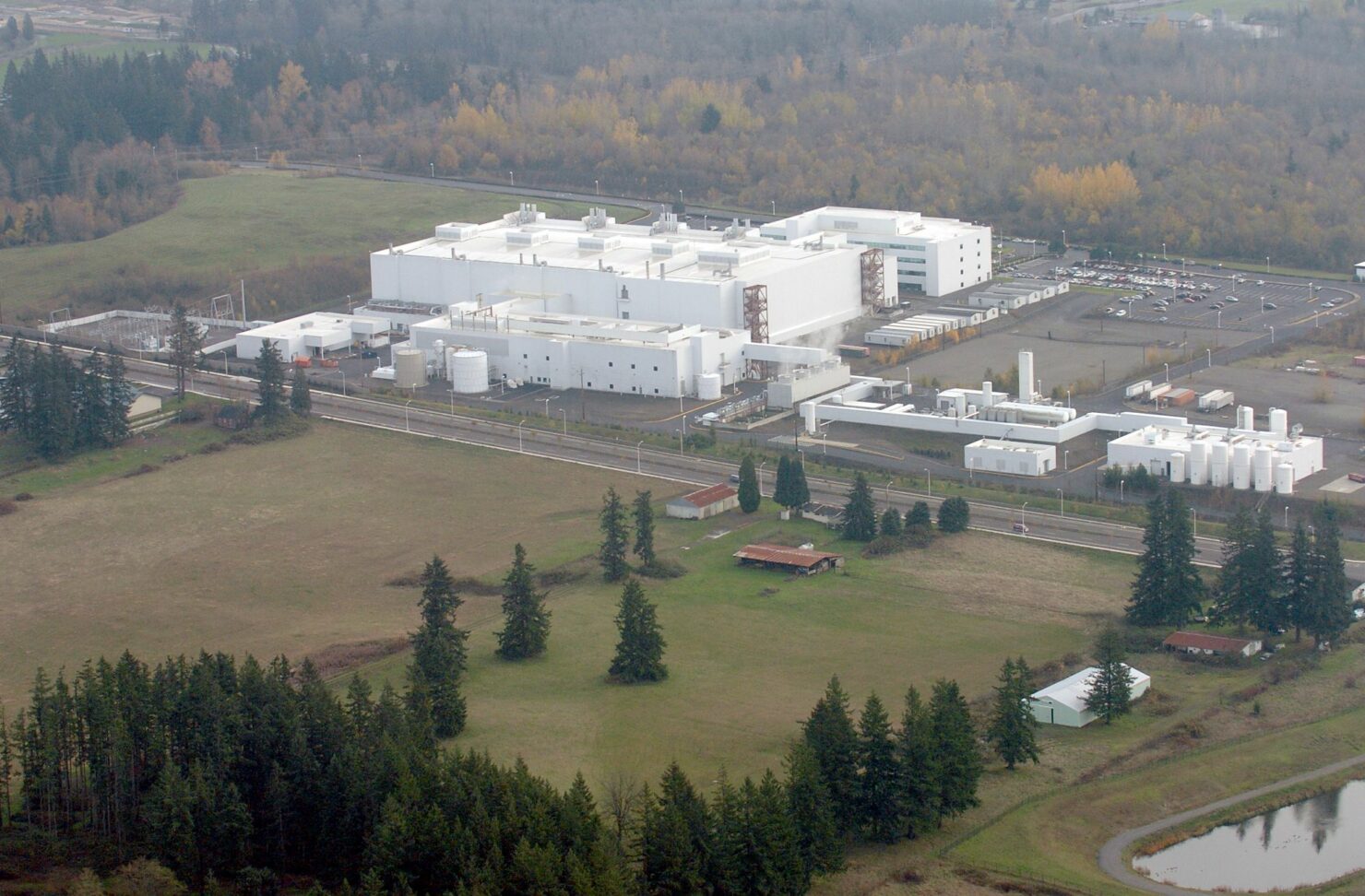 TSMC's Wafter Tech chip plant in Camas, Washington. The fab's recent engagements with the U.S. government in setting up a new plant in the. country propel today's change. (Image: The Columbian)

Earlier this month Taiwanese fab TSMC (NYSE:TSM) was thrust in the middle of the trade war between the United States and China, as political tensions between the two continue to rise once again after a momentary 'thaw' due to the coronavirus. The U.S., in a new rule, required TSMC to follow what American suppliers to the Chinese telecommunications giant were required to after Huawei's entry into the Department of Commerce's Entity List. Like its counterparts inside America, TSMC too would now require waivers from the American government if it was to supply semiconductors fabricated on equipment that originated inside the U.S.

While not locking Huawei out of future business with TSMC, the move nevertheless complicates the working environment for both companies. Huawei is set to suffer more than TSMC will in the long run if the company is unable to secure semiconductors fabricated on the latter's bleeding-edge lithographic processes.

To that end, it's looking as if TSMC is trying to find methods of ensuring that its business with the U.S. government proceeds smoothly. Nicholas Montella who had departed from the Department of Commerce on the 22nd of this month has joined TSMC.

Mr. Montella's appointment has been confirmed to Bloomberg by TSMC, as reported by the publication earlier today. While it is speculated that TSMC will have plenty of other customers for its advanced and semi-advanced products if relations with Huawei are cut off, the fab will nevertheless have to make certain shifts in its fabrication processes in the scenario that an alternative customer to Huawei, such as Qualcomm, compensates for the business lost.

The former DoC director also confirmed the move in a post on LinkedIn late Wednesday. In the note, he expresses excitement at pursuing the new role and gratitude towards his former colleagues, who will inevitably play a crucial role in letting Mr. Montella carry out his new duties as TSMC's Director of Government Relations.

However, his ability to guide TSMC in obtaining waivers from the Commerce Department will only be one of the executive's responsibilities, following TSMC's confirmation that it will open a new chip fabrication plant inside the United States. The facility, which will be located in Arizona, is expected to be operational by 2024 end and manufacture products on the 5nm processing node. While TSMC has successfully brought the new manufacturing technology on ARM-based products, its implementation on processors such as those from chipmaker Advanced Micro Devices, Inc (NASDAQ:AMD) will prove to be a key determinant of the fab's operational prowess – in Arizona and in Taiwan.

Right now, the exact terms of TSMC's decision to build a new plant inside the United States are unclear. The decision comes after fresh supply chain concerns were raised by the American government to the Taiwanese company in late 2019. At that time, TSMC's executives had expressed their unwillingness to move forward with the decision, citing costs as one concern.

Subsequently, it's unclear of the extent to which the American taxpayer will contribute towards setting up another chip making inside the country. TSMC already owns a plant in Camas, Washington and Intel Corporation (NASDAQ:INTC) has facilities located in Arizona, New Mexico, Massachusetts and Oregon. The new plant holds significant potential for AMD, who should have easy access to TSMC's products if the new Arizona facility churns out bleeding-edge chips sometime in the future.

While Commerce Secretary Wilbur Ross jointly-announced the Arizona plant's capital expenditure with TSMC, official information on the matter has since then dried up. With Mr. Montella's move to TSMC, more developments might head our way soon.