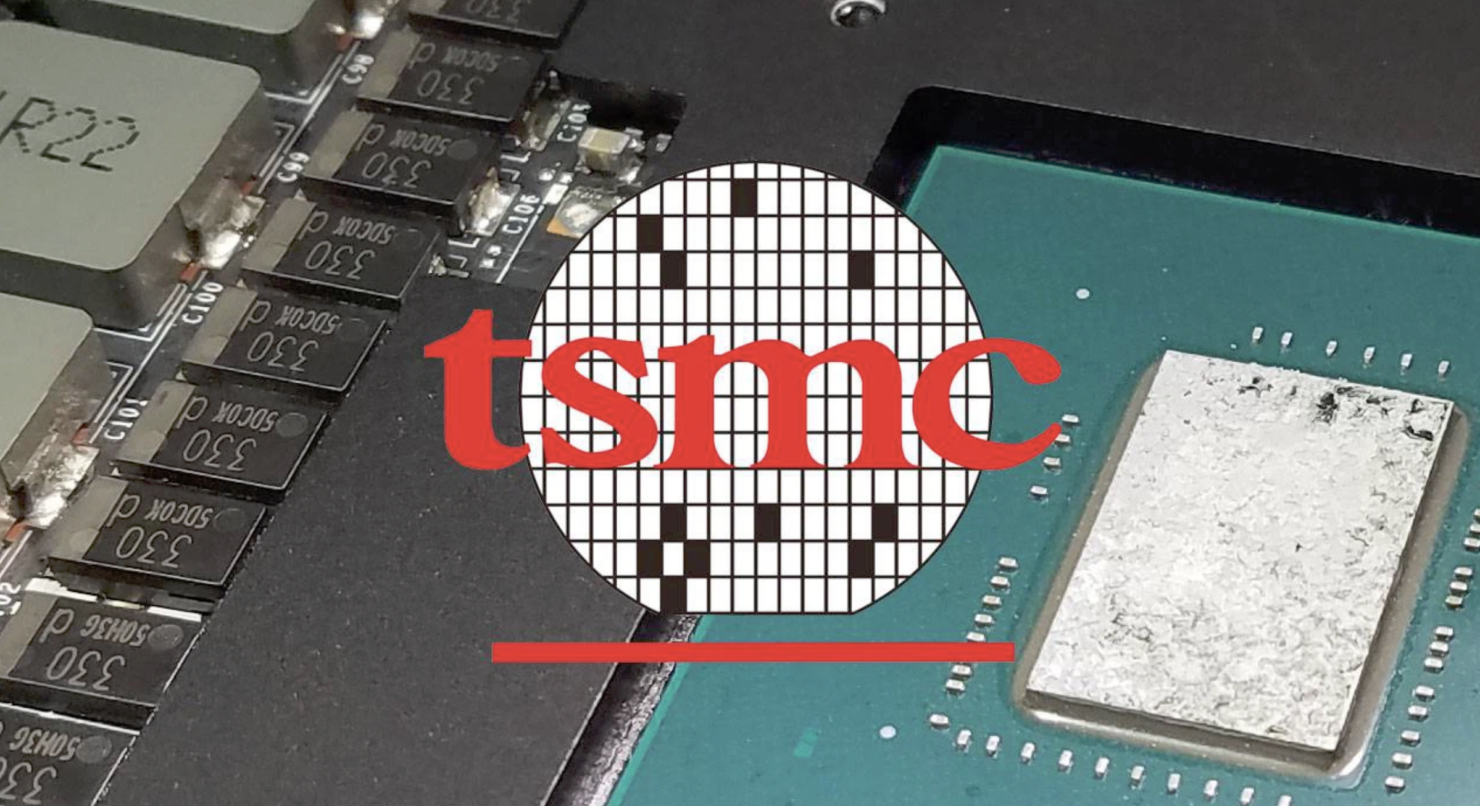 The Taiwan Semiconductor Manufacturing Company (TSMC) has posted strong revenue growth during December 2021 disclosed the company earlier today after it shared its sales figures for the month. These figures counter reports that had speculated that potential order cutbacks from the company's smartphone industry customers could hurt its revenue growth during the final quarter of last year, with sources believing that inventory corrections for semiconductors could see companies reduce their procurement from the world's premier contract chip manufacturer.

The revenue results for December show that as the year came to an end, the Taiwanese fab posted NT$155 billion in revenue. This made December TSMC's strongest month last year in terms of net sales, as the amount surpassed the previous high of NT$153 million that it had raked in at the end of the year's third quarter in September.

In terms of growth, December was once again TSMC's strongest month in 2021, as it exhibited an annual revenue growth of 32.5%, which reflected the off-seasonal nature of the increase, as the September figures, despite being in the same ballpark had marked for approximately 20% growth. Growth in December more than doubled annually, as in December 2021 the company had reported a 14% increase.

The figures for last month also allow for a look at TSMC's performance during 2021, showing that by the end of the year the company had brought in NT$1.59 trillion in net sales. This enabled the chipmaker to exit last year by growing its revenue by 19%, for a growth slowdown when compared to 2020's growth of 25%. The ongoing pandemic has seen technology and other firms flock to TSMC and increase their orders as the demand for consumer electronics rose and automotive manufacturers rushed to book chip manufacturing capacity to accommodate earlier order cutbacks that were based on incorrect assumptions about the global economic recovery. 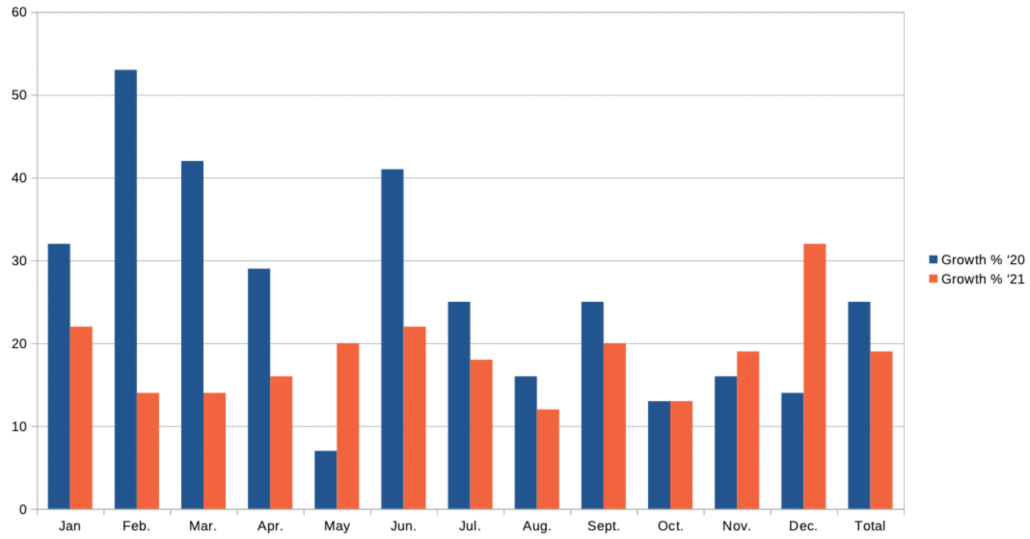 TSMC's revenue growth percentages for the 12 months of 2020 and 2021. Data from TSMC, compiled by Wccftech.

Additionally, and more importantly, the December revenue growth merits to be studied alongside a report that surfaced last year claiming that some of TSMC's smartphone products customers were looking to cut down their orders due to an alleged semiconductor inventory correction. The September report, which had surfaced from Taiwan and quoted American investors, had suggested that Apple and MediaTek were reducing orders for their 5-nanometer smartphone processors and 7-nanometer 5G modems, respectively, which would end up reducing TSMC's projected revenue growth for the fourth quarter by 5% from the 10% estimate.

The actual growth rates for the fourth quarters of 2020 and 2021 stand at 14% and 21%, respectively, indicating that as 2021 came to an end, TSMC added seven percentage points over the growth exhibited in Q4 2020. For the added percentage points, the December results have played a major role, as otherwise annual fourth quarter revenue growth would have remained static between the two years. Assuming that instead of growing its revenue by 32% in December 2021, if TSMC had managed to grow them by 15%, then the quarterly growth would have stood at roughly 16%, and added only 2% over the previous year's fourth quarter.

Furthermore, despite the strong December performance, TSMC's annual revenue growth is slowing down as it increases its operational scope. Data from 2020 shows that by the end of the year, the company grew revenue by 25%, which had slowed down to 19% by the end of last year.  For the full year of 2020. TSMC had earned NT$1.3 trillion in revenue.

The fab is set to report its earnings for the previous quarter and full year 2021 later this week and analysts will be on the watchout for its capital expenditure announcements. General sentiment expects these to grow significantly as capacity constraints in 2021 and growing semiconductor demand have made TSMC consider expanding its production footprint.