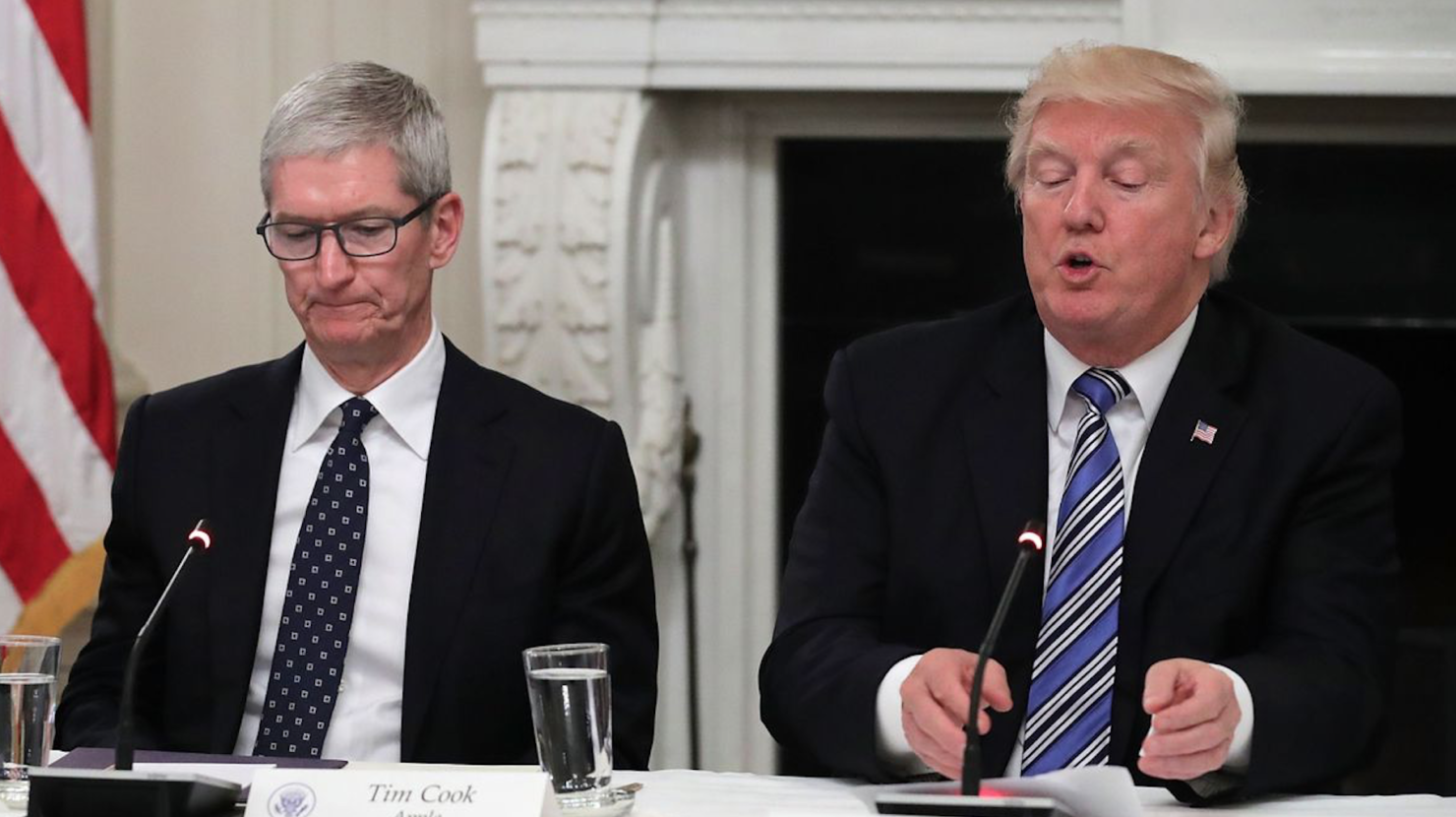 In a series of tweets today U.S. President Trump announced a new round of tariffs would be going into effect Sept. 1st. The remaining $300 billion in goods imported from China not already slapped with tariffs will be seeing a 10 percent tax levied on them once they enter the country.

Up til now most tech gadgets were exempt from the list but starting the first of September consumers will see, for instance, a price increase on almost the entirety of Apple's products such as iPhone, iPads, and Mac Books.

After the Presidential tweets hit the web all hell broke loose on the stock market. Prices had been rallying through the morning and as soon as the new tariffs were announced prices plummeted instantly. Have a look at the S&P 500 chart for today: 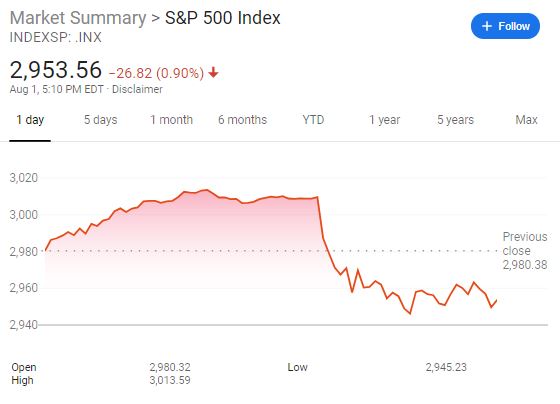 The drop occurred shortly after these tweets.

...during the talks the U.S. will start, on September 1st, putting a small additional Tariff of 10% on the remaining 300 Billion Dollars of goods and products coming from China into our Country. This does not include the 250 Billion Dollars already Tariffed at 25%...

It's no mystery why investors sold off, either. Tariffs on goods coming from China hurts trade and the overall economy due to some very simple market mechanics. Even novice investors can see falling revenues and profits on the horizon as companies will be forced to either increase the price of their goods to cover the tariffs - which will decrease consumers' appetite for purchases (given elastic demand), ultimately hurting revenue.

Tariffs could be raised further to 25 percent

Sparking fears to even a greater extent, the President warned that these 10 percent tariffs could grow to 25 percent "or beyond" should the need arise.

Wall Street simply wasn't prepared as this was a total surprise announcement from the White House. Markets wouldn't have "priced-in" the expected tariffs since it seemed the on-going discussion between Washington and Beijing were trending in a positive direction. The two leaders had reached somewhat of a truce during the G-20 summit in June, and this year trade talks resumed in Shanghai between both countries' delegations.

The Dow plunged over 300 points after which completely erased gains from earlier in the day. Tech stocks were no exception with Apple (NASDAQ:AAPL), Micron (NASDAQ:MU), NVIDIA (NASDAQ:NVDA), and Qualcomm (NASDAQ:QCOM) getting hit the hardest.

We will need to wait for the U.S. Trade Rep website to publish a formal list before we can comment on specifics, but given the wording of Trump's tweets, anything not currently tariffed will soon be.