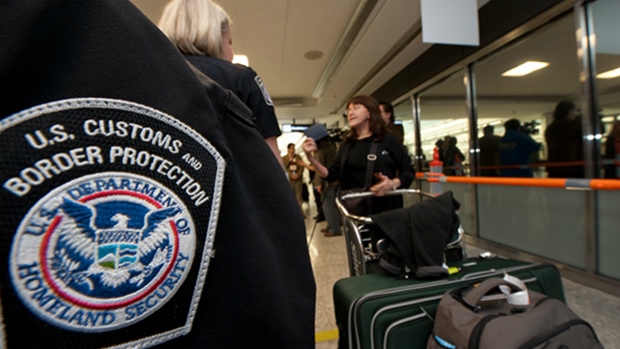 The US Customs and Border Protection (CBP) is seeking to start checking the social media profiles of Chinese visitors to the country. However, travelers can choose not to disclose the information, without having to worry about any "negative interpretation or inference."

The agency has entered a proposal to be published in the Federal Register that details some upcoming changes to the electronic visa system used to vet visitors. Politico reported that the process will affect both the holders of business and visitor visas, meaning that nearly 3.6 million applicants per year will be vetted through their social media profiles.

While considered a highly intrusive process, this isn't the first time that the agency is asking for travelers' social media handles. The Obama administration had also rolled out a similar, voluntary social media screening process last year for those who were entering the country through the Visa Waiver Program, mostly relevant to visitors from Canada and some European countries.

In the past few months, we have seen several reports of Customs being aggressive about these questions in person, too. It isn't clear whether it will strictly remain "voluntary" or if visitors from certain countries will be detained or if their visa processing will be affected if they refuse such information, even though CBP says otherwise.

The Trump administration has also discussed the possibility of making the disclosure of such information mandatory. Earlier in January, we saw several reports of the new administration discussing this requirement for all foreign visitors to share their social media details with customs officials, or be denied entry in case of refusal.

Privacy advocates have said that the latest move to cover Chinese visitors in the social media screening process will also affect the privacy of US citizens. Emma Llanso of the Center for Democracy and Technology warned that "many countries around the world grant visas or visa waiver on a reciprocity basis, if the U.S. starts demanding greater information from different countries or different groups of travelers, we should not be surprised at all if other governments do the same thing."

Many popular social media sites like Facebook and Twitter are blocked in China, with Weibo and other Chinese sites being mostly used. A CBP spokesperson said travelers could submit social media information about "any platform" that they were using. The proposal will be published tomorrow, February 21st, after which the public has 60 days to comment before it is formally considered.

On Eve of Trump-Xi Summit, Chinese Hackers Are Linked to a Cyber-Espionage Campaign Against the US