A Story Of Presidential Transition In The Age Of Social Media : What Happens After Obama Leaves Office 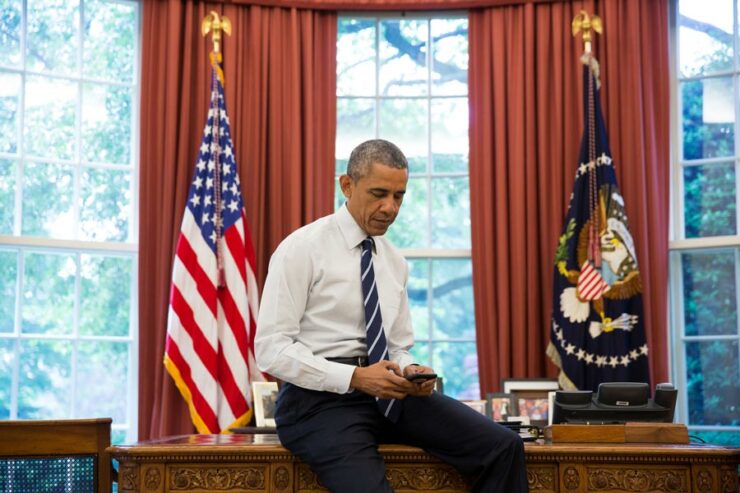 With the era of President Obama nearing its end, the White House has begun to discuss this transition between administrations. For the first time ever, this transition will not only involve paper work but will also involve a complete social media transition as well. Obama is the first president to use social media to address people. He used POTUS on twitter, used Facebook Live from the Oval Office, answered questions from citizens on Youtube and he even used Snapchat. By using social media Obama and the White House engaged people from all age groups especially the youth. They engaged the people regarding important issues and even had some fun along the way. 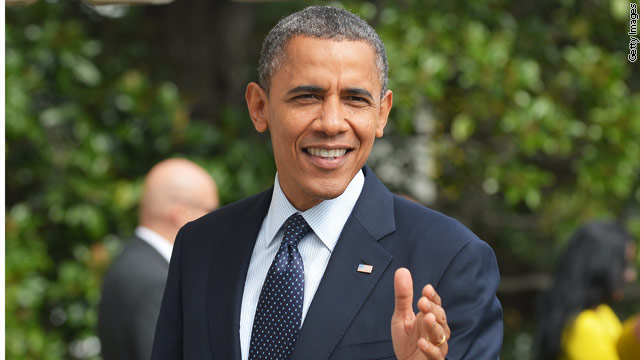 Now the important question that arises here is how to transfer such a vast amount of data and maintain the previous data. In accordance with the Presidential Records Act everything including videos, posts, photos that have been released on any social media site or any official website will be archived and transferred to NARA. This data will then be made available to the public. This method ensures full disclosure. Currently the White House is inviting the American Public to give them creative and modern ideas to store this data in an easy and efficient manner. The US government’s methods to involve the public in all things important and necessary must be saluted here. Now let’s take a look at how most of the social media transition is going to take place.

Let’s take a look at Twitter first. This has been one of the most important medium of communication between Obama and the public. The POTUS twitter account was set up in May 2015 and it has now over 11 million followers. This account will be handed over to the 45th President of the United States on 20th January. All previous tweets will be wiped so that the new President can start their campaign on a clean slate. The handle @POTUS44 will be maintained by NARA (National Archives and Record Administration) and it will have all of President Obama’s tweets. These tweets will be accessible by the public. These tweets will also be archived by NARA and will be accessible like all other Presidential records. Other handles like @WhiteHouse, @FLOTUS, @PressSec, and @VP will also be treated similarly. Individual official accounts like @KS44 will be used by NARA and will have an archive of all tweets made by the staff of the White House. 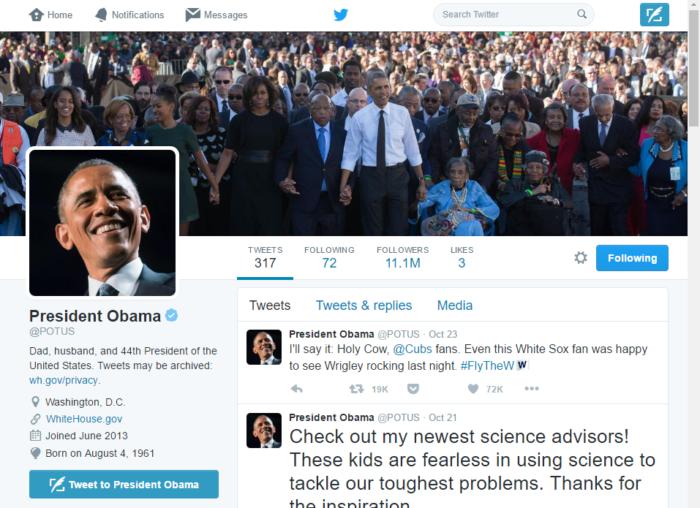 Similar treatment will be done with the Instagram and Facebook accounts. The incoming White House staff will gain access to username, URL etc. and will also retain the followers. However, the timeline will be cleared and archived. The archives of both these social media sites will be accessible to the public at Instagram.com/ObamaWhiteHouse and Facebook.com/ObamaWhiteHouse. The Facebook accounts of President Obama and the Vice President and the Instagram accounts of the First Lady and the Vice President to new usernames and will be maintained by NARA. A similar system will be used for accounts and information by the current US government on Medium, Tumblr and Youtube. The incoming President shall have access to all these accounts and all previous information, videos, posts etc will be archived and made accessible at a new URL.

The White House’s ‘We The People’ website has become an important platform where many petitions have been made over the past. The petitions done under the Obama era will be archived and maintained by NARA and the website control will be given to the incoming White House staff. The Obama White House website (WhiteHouse.gov) will be frozen after 20th January and everything will be persevered and made available at ObamaWhiteHouse.gov. All previous data will be archived and the WhiteHouse.gov domain will be handed over to the new administration.

For more details you can visit the White house website.