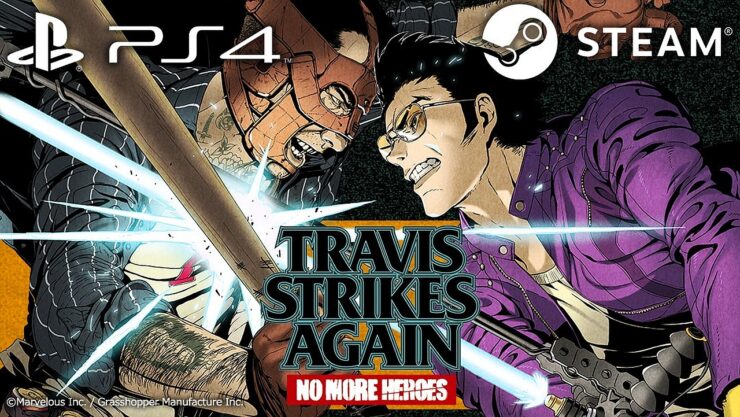 Grasshopper Manufacture and Marvelous Games announced at Momocon 2019 that Travis Strikes Again: No More Heroes will soon be launched on PC (via Steam) and PlayStation 4.

The game originally debuted as a Nintendo Switch exclusive this January, though it didn't exactly light sales charts on fire. Clearly, both the developer and the publisher are hoping to get better reception on these new platforms.

Travis Strikes Again: No More Heroes is not a complete failure, and there's a lot to love here, but I'd be lying if I didn't say I was somewhat disappointed. While playing I skipped between being in love with the game's style and personality and sick to death of actually having to play. A fascinating experiment from Suda51, one I'm glad he made, but not the best game. Add a point to the score if you love Japanese eccentricity, take one away if you have no time for it.