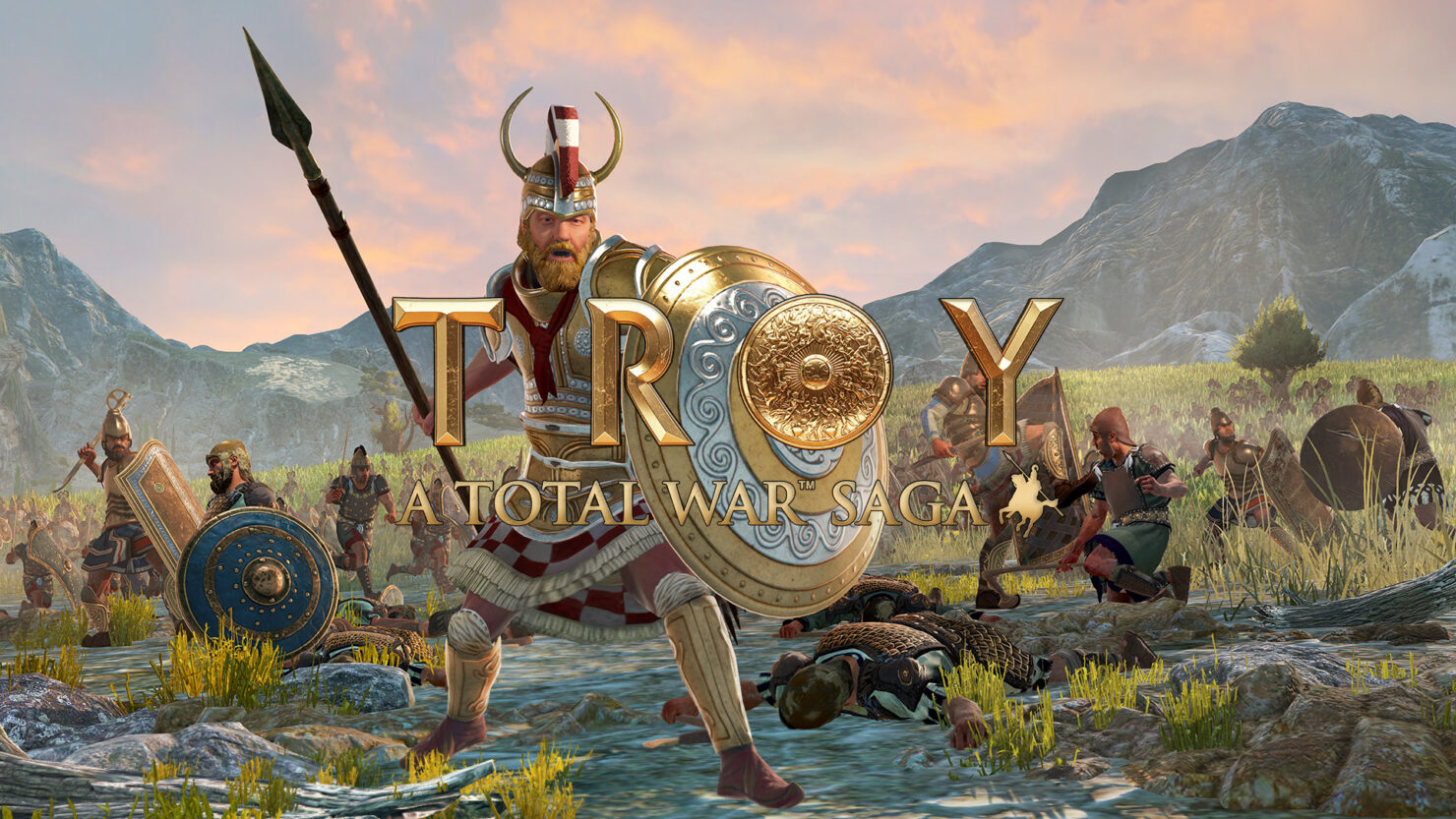 It's hardly a secret that Total War is a franchise I love, it was Total War that first brought me into PC gaming, scratching my strategic itch. Over the years it's been interesting to see how the games have developed and even changed themselves, some going for a stylistic approach while others have gone closer to a narrative experience. The question that comes to mind is what sort of experience is Total War Saga: Troy going for?

I've previewed a hands-off experience from Gamescom last year and just under two months ago I was able to get hands-on with a battle in the game, previewing that. Recently I've had the chance to get hands-on with the first forty turns of the campaign, playing as either Menelaus or Paris. Or both. Personally, I've spent most of my time as Menelaus, if only because I didn't want to choose the character with the more difficult of starting points when my time was limited.

Forty turns isn't a long time in Total War, that much is clear to anybody who has ever played one of the games. This is even more true at the start of a campaign while you're establishing yourself and planning for the future. In the roughly one hundred turns I've spent as Menelaus and around sixty as Paris, I think I'm understanding how Total War Saga: Troy will play out on the campaign map. At least somewhat, with there being several features to learn and some still to be shown.

When the game launches there will be eight factions, four from the Greek side, four from the Trojan. We already know that the Amazons will also feature as day-one DLC content and when I asked the developers, I was told that if people want it, more factions will be added as later DLC. What we know is that each faction will have two unique aspects. Menelaus, for example, can use the Spartan Colonies ability, letting him colonise an abandoned settlement without the use of an army. He also has the Call to Arms ability, letting him recruit allied units, offering the opportunity of simply building economic cities and having your armies consist totally of allied units.

Paris, on the other hand, can ask Helen to move and live closer to him. Well, you can invite her to a large feast, some games or to participate in a prayer, each boosting the region's happiness, growth and even recruitment costs and the experience of units in a province. She is said to be the most beautiful woman ever, her beauty even bolstering the abilities of your troops, should you host some games in her honour. If she is close to Paris, her mood is lifted and when she is happy, the region she is in also gains a boost to happiness.

He also competes with Hector for "Priam's benevolence". Essentially, you're competing to become the heir of Priam and to rule Troy. You do this through several methods, such as completing missions, defeating and conquering Achaeans, gaining favour with whichever god Priam's interested in at that moment in time and, of course, simply donating gold to him. Honestly, I've found Paris more interesting, despite his more difficult starting position, if only for the options you've got to explore in the first few turns. Menelaus has great potential later on in the game as your allies have stronger troops for you to recruit, but to start with you're going to have to focus one region on the military.

This leads me to what seems to be the true fundamental difference between Total War Saga: Troy and the other Total War titles, the economy. For the most part, you'll be used to Total War titles simply showing your treasury, all being represented by gold. Here, you'll find yourself balancing much more. We'd already been told about the game having Food, Wood, Stone and Bronze as the core resources, with Gold being a fifth special resource. Seeing this in action is certainly interesting.

Food is essential for your army as well as your characters, generals or agents. So far, so simple. What you will find, however, is that bronze is also needed for the upkeep of later units, their swords, spears and shields are made from something and this was the time of bronze weaponry. Don't have enough, you'll start noticing a number of troops deserting. Wood and Stone, from what I can tell, aren't used in the upkeep of anything, but you'll need a stockpile for building and repairing structures. Gold is only used for the most advanced of buildings and units.

With five resources to balance, you're going to have to think about your development. The game aids this. In Three Kingdoms: Total War I praised the settlement development, how you could focus a settlement, and Troy seems to be taking this further. As before, a province will have one major settlement and one or more minor ones. These minor settlements are resource-specific. Fortunately, if you can't find a city you can get a small boost to resources, as well as other faction-wide boosts, through the Royal Decrees system.

While Creative Assembly Sofia did start by looking at the geographical locations, placing forest villages in major forested areas, stone settlements solely around mountains and so forth, they naturally had to tweak this a little for gameplay reasons. What is evident, however, is that you're going to have to be tactical in where you conquer, if only to ensure you get all the resources you need. That or be very diplomatically savvy, bringing in whatever you're short of.

I've been told that this issue is known about and will be fixed before release, so keep that in mind while reading this. The diplomacy isn't something I can say much about. As it stands, there are certain aspects about it I got to see, such as its linking in with Paris and Hector gaining favour with Priam and, of course, Menelaus wanting allies that he can draw troops from. Other than that, all I got was a broken AI that, every single turn, tossed multiple 'offers' my way. By offers, I mean they just told me to give them stuff. I've never pressed the ESC key as much in my life.

Sticking with the map and it having specific resources at specific areas, I was also able to recruit myself some Harpies. These, much like the Minotaur and Centaurs before them, are mythological units. They can only be recruited if you own a specific region that, in myth, these creatures came from. They are limited in quantity but are stronger than regular units, also adding an extra layer to things.

What I'll finish with here is just the sheer size of the map. I went into Total War Saga: Troy expecting a decent sized map, but one still focused. What I've found is a map that pays a lot of attention to location, surroundings and the history of the area. More than that, though, is a huge map. I was taken aback when I saw it. When I asked about it, I was told that this is roughly the same size as the Mortal Empires map from Warhammer, just with a lot more ocean. I can believe it. The below screenshot is the bottom half of the map, the upper half has a lot more land.

Total War Saga: Troy is a game that interests me more and more, every time I look at it. It does help that this is the first game I've actually played since building my new rig, letting me get the most out of it, giving me a great experience of the new, stylised, visuals and having it run immaculately at the same time. Anyway, Total War Saga: Troy will be coming to the Epic Games Store on the 13th of August and will be completely free to own if you grab it in the first 24 hours of launch.