Total War Saga: Thrones of Britannia Unleashes The Vikings in its Latest Trailer 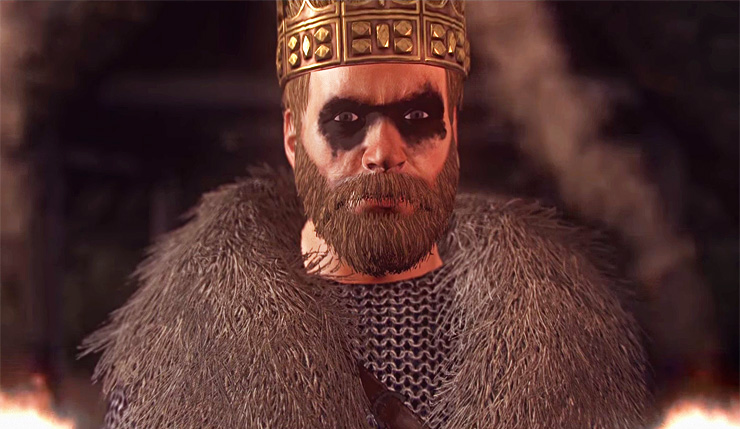 Total War Saga: Thrones of Britannia has unveiled its latest faction and historical leader – the fearsome Vikings under King Guthfrid. You can check out a fire and fury-filled cinematic trailer for King Guthfrid, below.

The Viking invasion of the 9th Century changed the course of British history. Norsemen flooded the land seeking spoils and glory, but many chose to stay and established their influence across the north of England and East Anglia. In Thrones of Britannia players can play as one of two factions of the Great Viking Army (Northymbre and East Engle). In a new cinematic trailer we meet Guthfrid, King of Viking Northymbre. He began life as a slave but now his prosperous kingdom has become an attractive target for a new wave of invaders.

Total War developers Creative Assembly have also detailed how to achieve an Ultimate Victory in Thrones of Britannia. If you successfully achieve a Fame, Conquest, or Kingdom Victory while playing a long campaign, one of three powerful foreign armies (the Normans, Danes, or Norse) will appear and try to take your lands. So, yes, you could end up with a Viking vs. Viking showdown at the end of the game. If you can repel these invaders, you’ll earn the Ultimate Victory.

But that’s not all! Creative Assembly has also revealed Thrones of Britannia’s tech trees. Here’s the Civic Technology Tree (click on the image for a full-size view): 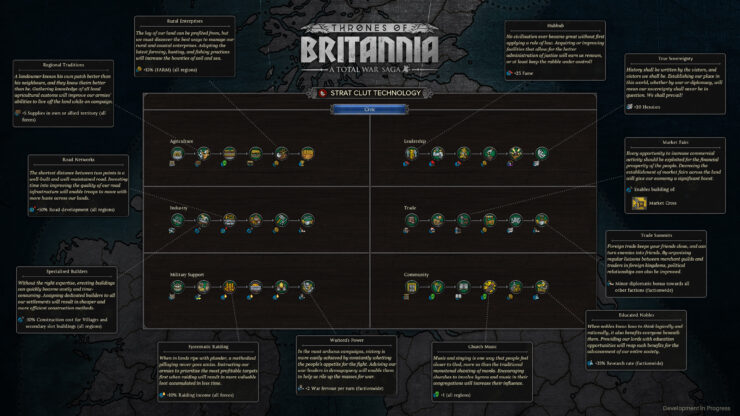 And here’s the Military Technology Tree: 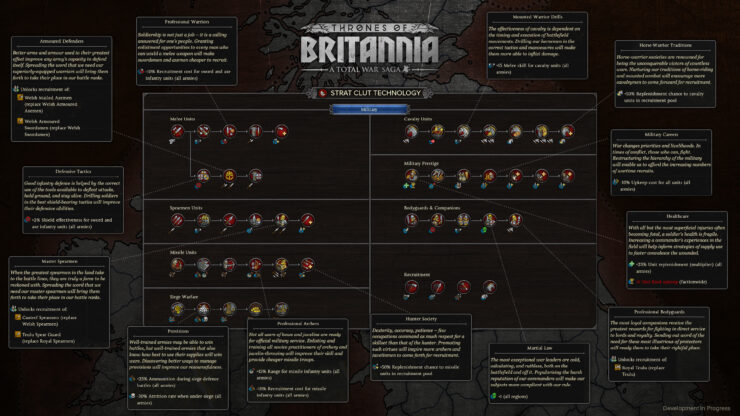