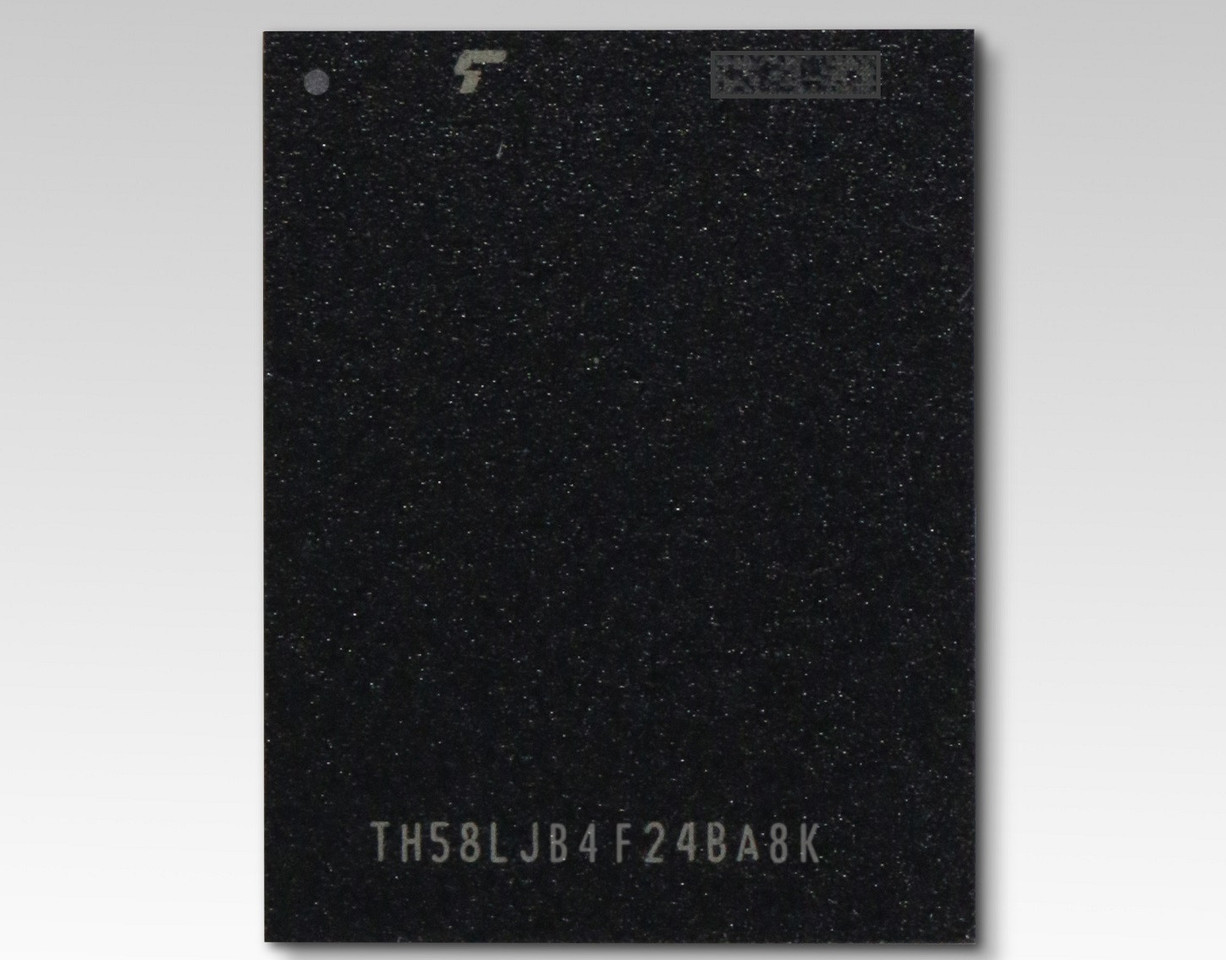 Toshiba Memory will start to deliver samples to SSD and SSD controller manufacturers for evaluation from the beginning of September and expects to start mass production in 2019.

The advantage of QLC technology is pushing the bit count for data per memory cell from three to four and significantly expanding capacity. The new product achieves the industry's maximum capacity of 1.33 terabits for a single chip which was jointly developed with Western Digital Corporation. This also realizes an unparalleled capacity of 2.66 terabytes with a 16-chip stacked architecture in one package. The huge volumes of data generated by mobile terminals and the like continue to increase with the spread of SNS and progress in IoT, and the need to analyze and utilize that data in real time is expected to increase dramatically. That will require even faster than HDD, larger capacity storage and QLC products using the 96-layer process will contribute a solution.

A packaged prototype of the new device will be exhibited at the 2018 Flash Memory Summit in Santa Clara, California, USA from August 6th to 9th.

Looking to the future, Toshiba Memory will continue to improve memory capacity with 96-Layer BiCS and performance and to develop 3D flash memories that meet diverse market needs, including the fast expanding data center storage market.

My take on this is that this will be a big deal on the budget side, as most of the drives I've reviewed for the site have been using Toshiba 64 layer BiCS NAND and possibly contribute to higher-end products depending on the quality of the NAND.