Top 5 Underrated RPG’s on PC of All Time

The role playing game genre has evolved considerably in the just the past few years, with technology allowing for some very impressive looking games that capture our attention in novel ways. But not all are so successful in a genre that's still associated to its table-top roots. Indeed a great many might become highly underrated except by a small yet enthusiastic community. Below represent five games that were not initially well received, though still offer a better experience than some modern RPG's.

Keep in mind that if you enjoy RPG's immensely, then these may not appear as being underrated by any means, but perhaps to those who aren't familiar with the genre, will this spark some inspiration to play. The great thing is that they're all available still today, and compatible too.

Don't forget that this list isn't in any particular order. 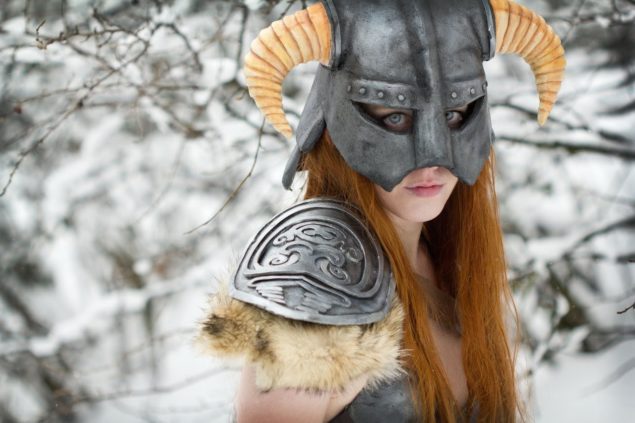 Perhaps it was because of the extremely buggy launch it suffered, or maybe it fell victim to the presupposition that the end of a trilogy can't possibly be good. Despite the rough start, however, it was an absolute shining example of what a vast open-world RPG could actually be. Below the bug ridden surface is still a living world that's capable of reacting to your choices, something revolutionary at the time. You weren't simply seeking out NPC's to complete quests to beat a game, you were helping friends defend their home, and it felt like it. Well, if it didn't crash. But if you choose to give it a spin, you can help defend against an onslaught of Orcs in a brutal war for the future of Humankind in a vivid and complex representation of a real, breathing world. And it still even looks pretty good too. Certainly deserving to be among the top 5

Now this MMORPG has been around for a very long time, even longer than World of Warcraft. Originally released in 2001, it received a fairly strong player base, but was obviously overshadowed by its peers at the time. While it couldn't compete directly, it's small subscriber base helped it to outlast nearly all of its competitors. As the title suggests, this is set just after the death of King Arthur as the world is descending into chaos. The main draw that makes it so unique and great is the realm vs realm combat that was designed by Mythic Entertainment, and is the basis of the modern PvP arena seen today. Join one of the three realms and enjoy massive battles between the three in the New Frontier zone. Those massive battles are still enjoyable, and the PvE and lore is fantastically integrated into a game that's survived the test of time and has a level of polish expected of its age. And you know what? Broadsword Online Games and EA still plan to continue its support for some time.

Advent Rising came out of the gate strong, with decent reviews and a well received reveal at E3 in 2004. But it wasn't quite the commercial success you'd think, and thus quite underrated. The story is absolutely remarkable. Written by Orson Scott Card, you play a space pilot helping to make first-contact with alien life. The way in which it's presented is just so surreal and fascinating. You're taken through a variety of distinctive and elaborate alien environments with just enough action to keep you interested, and very entertained. The psychic abilities are such an incredible joy to use. Even though the mechanics might have been a bit off, and the game buggier than it should have been, the very deep and well developed story combined with the unique art style is truly a sight to behold. And it really shouldn't be missed. Orson Scott Card outdid himself on this one, if only more people enjoyed his foray into video games, then we might get more examples of his wit and mastery.

Now this is a game that I saw on shelves for a long time, passed it by and never gave it another look. Until recently. Septerra Core personifies the best elements of JRPG's while not being made in Japan. Great art, deep and involving story and very likable characters. The premise is fantastic, with a seven layered (one continent on top of the other) planet where your social status determines where you live. The underlying mythology is unusual in that it's detailed and quite profound. The turn based combat system, and the system of magic are all very smooth and well done. Why this has been overlooked as a playable candidate, I'm not sure. There is so much potential for fun here, and it wasn't even released in a half-ready state either.

Oh yes indeed, Driftmoon was a surprising entry into the RPG genre due to its simplicity. But it's not the kind of simplicity that diminishes the core playability, or enjoyment either. Instead it lets you dive right into a great game without worrying about the typical complex (and, of course, enjoyable to the RPG veterans) systems inherent in most RPG's. You get a great story with a surprisingly deep narrative the keeps you pulled in wanting more. Take control of a small boy as you search for you father and stop the destruction of the world in the process. The focus on story and not complex inventory, magic or other systems probably keeps it off of the radar to a lot of gamers, but it's a great surprise and fantastically enjoyable.