Okay, this is no holiday season. We know. But it's summers, so why not celebrate a little! Here are some tiny gifts which, we are quite sure, would knock you off of your feet. How? Let's jump in right away:

Tiny Thief is a point and click stealth-based puzzle game with no massive world to explore. There is a series of stages and story would be conveyed perfectly without any speech. Yippie! - "In a world of greed, corruption and injustice, one little guy decides to stand up for the little guy! Say hello to Tiny Thief, an unconventional hero who uses cunning and trickery to out-smart his opponents across six epic medieval adventures. But beware! He faces fearsome foes, like the Dark Knight, rogue pirates and even a giant robot!"

”Look out below, these birds need to POOP! Birds of a feather drop turds together in this high-flying, tap to crap hunt for targets to poop on. Flock to beaches, construction sites and city parks to take aim on unsuspecting lifeguards, grannies and Facebook friends below!”

”An incredible cast of 15 charismatic master swordmens head to the battlefield in order to fulfill their destiny. Haohmaru, Nakoruru, Ukyo Tachibana, Hanzo Hattori, Jubei Yagyu, and the rest of the 11 original characters return.”

The more dangerously you slide, the bigger the reward! Slide turbo-speed, dodge and drift through Fred's trap-ridden world as he escapes Grimmy Reaper."

”Pacific Rim is an all-new action fighting game inspired by the Warner Bros. Pictures and Legendary Pictures film from acclaimed filmmaker Guillermo del Toro. Piloting weaponized robots known as Jaegers, Earth’s defenders must train their jockeys from rookie to ace...” Pacific RIM is loosley based on the movie with the same name. The game has been very recently released and has been gathering accolades from the users.

”Magic: The Gathering is the world’s premier trading card game. Become a Planeswalker and travel the planes of existence unleashing a torrent of spells and creatures.”

For those mightiest of heroes!  ”Swarms of bloodthirsty monsters, loads of epic gear to collect, dozens of skills to obtain and the most beautiful world in any Action RPG Hack n Slash on iOS, await you. Grab your sword and fling yourself into action now!”

If you are a soccer fan - but then who isn't? "Jersey up and take to the field in this brand new sequel to hit soccer sim Pocket League Story! Scout out promising players and coaches, decide tactics and formations, and lead your dream team from local league to international soccer stardom!”

To top the top 10 Android and iOS games of 2013 list with some cherry, here are some exclusive iOS games for the users of iPhone and iPad. 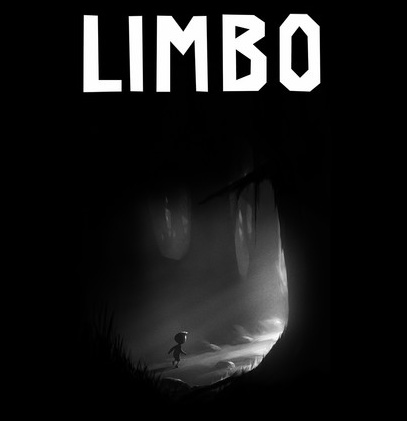 The classic puzzle-indie horror game, from the PC! ”Limbo is a 2D side-scroller with numerous mini puzzles along the way: you will run into traps, huge spiders, creepy habitants, abandoned hotel signs, dams, and for a game that looks so simple, you will suffer some nasty, wicked deaths. Everything, and we do mean everything about this game is exceptional.”

"Deus Ex: The Fall is the start of a new journey in the award winning Deus Ex game series. Set in 2027– the golden era for science, technology and human augmentation. Ben Saxon an augmented former British SAS Mercenary, is desperate for the truth behind a global conspiracy threatening his life.”

Note: the descriptions were taken from the Google Play Store.