Recently he's returned to Activision to work on the remasters. At the same time, he has also been working on a documentary about the history of the video game series and more.

PRETENDING I'M A SUPERMAN is a robust, real-life story of our successful videogame series as told by those who created it, and many who were inspired by it

Ludvig Gür, the director of Pretending I'm A Superman - The Tony Hawk Video Game Story, had this to say:

I’m really excited to partner with Wood Entertainment. It’s been a long journey making the documentary and I’m stoked it will finally be released for skateboarding and Tony Hawk’s Pro Skater fans worldwide. The art form and video game had an enormous impact on Generation Y / Z and the story behind it is even more fascinating.

Releasing on the 18th of August on multiple streaming services Pretending I'm A Superman - The Tony Hawk Video Game Story will feature never seen footage as well as interviews with big names from the skating world, including Tony Hawk, Steve Caballero, Rodney Mullen, Chad Muska and Jamie Thomas. You can see the poster of the documentary below and I'm certainly interested in it, especially seeing the behind-the-scenes aspects of the development of the game series. 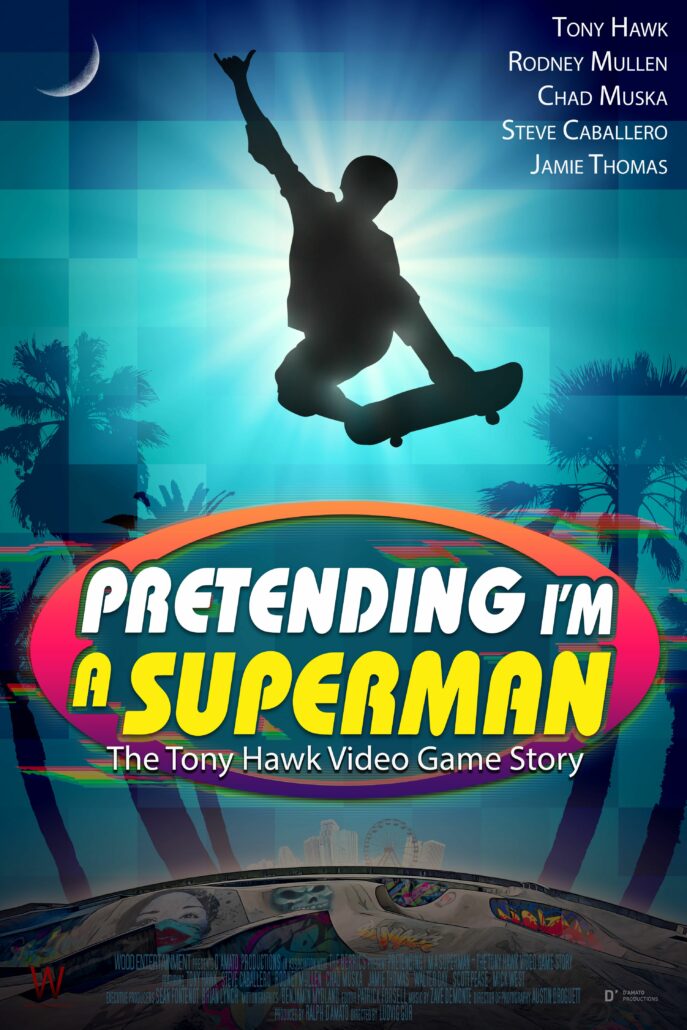 Tony Hawk’s Pro Skater 1 and 2 Full Soundtrack Revealed, and Some Songs Are Missing