Ubisoft's upcoming third-person shooter open world action-adventure video game, Watch Dogs, is not appearing on the shelves any time sooner than May 27, but the developer has launched beta version of the game and from the leaks that we have been getting this week, it looks like ample number of fans already own the game for their consoles. In addition to all the leaked gameplay videos, below we have some high definition Watch Dogs screenshots from beta version of the game. 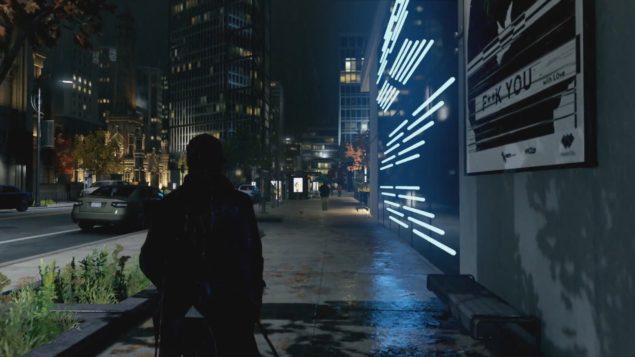 Despite some non-disclosure agreements protecting Watch Dogs' media content from getting leaked over the internet, the developer could not manage to completely fill the loop holes. There is still some time before Watch Dogs gets heavily purchased but the gaming side of the internet is already full of the game's screenshots, videos, and GIFs. Leaks are coming from both beta version and complete retail version of the game.

Leaked initial gameplay videos and screenshots from the game are causing mixed reactions among gamers that are desperately waiting for the game's launch. The game is widely being compared to Rockstar's Grand Theft Auto V as the main reason behind the game's delay was that the developer wanted it to be much better than Rockstar's last-gen pinup. While some people are admiring Ubisoft's masterpiece, others are arguing that it has nothing up to the mark compared Grand Theft Auto V.

Earlier we shared some leaked Watch Dogs media content including full HD 1080p direct-feed gameplay footage from PlayStation 4 version of the game. Now, we are giving you a look at 15 HD 1080p Watch Dogs screenshots captured from PlayStation 4 beta version of the game. These screenshots were sent to DualShockers by an unknown source. According to the site, the screenshots were sent directly using PSN messages and were saved through PlayStation app to leave very little space for compression.

These are all the screenshots we have right now. Since people are talking about Watch Dogs and Grand Theft Auto V as competitors, we have a general Watch Dogs vs Grand Theft Auto V screenshot comparison which shows that Ubisoft's new IP actually looks better than Rockstar's most critically acclaimed open world action-adventure game. The Screenshot Comparison can be viewed here.