The recently released ‘Rise of the Tomb Raider’ currently isn’t playable in the Dutch language on both the Xbox One and Xbox 360. The Tomb Raider bug entirely freezes the game following the game’s intro cinematic. 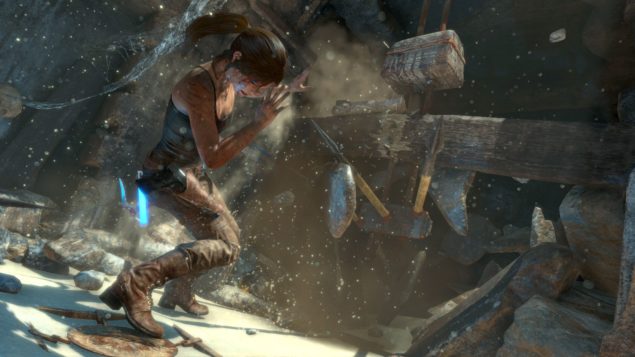 The issue was reported on the official Square Enix forums by several users who tried to play the game in the Dutch language. At the moment of writing, the issue has been acknowledged by Square Enix, and the publisher has promised it will be fixed with patch number 2. It’s currently unknown when this patch will be rolled out though. Square Enix Community Manager Meagan Marie wrote the following:

Hello all! Quick note to say were investigating this issue at the studio. We apologize for the trouble!

A temporary workaround for the issue has been provided on the forums as well. According several users, changing the console’s language to English seems to fix the problem. If needed, players can change back the language to Dutch, after they have progressed beyond the scene that freezes the game.

Annoyingly for Dutch users, setting your console language to English, locks players out of the Dutch Xbox Store.

Rise of the Tomb Raider launched two weeks ago on November 10 for Xbox One and Xbox 360.