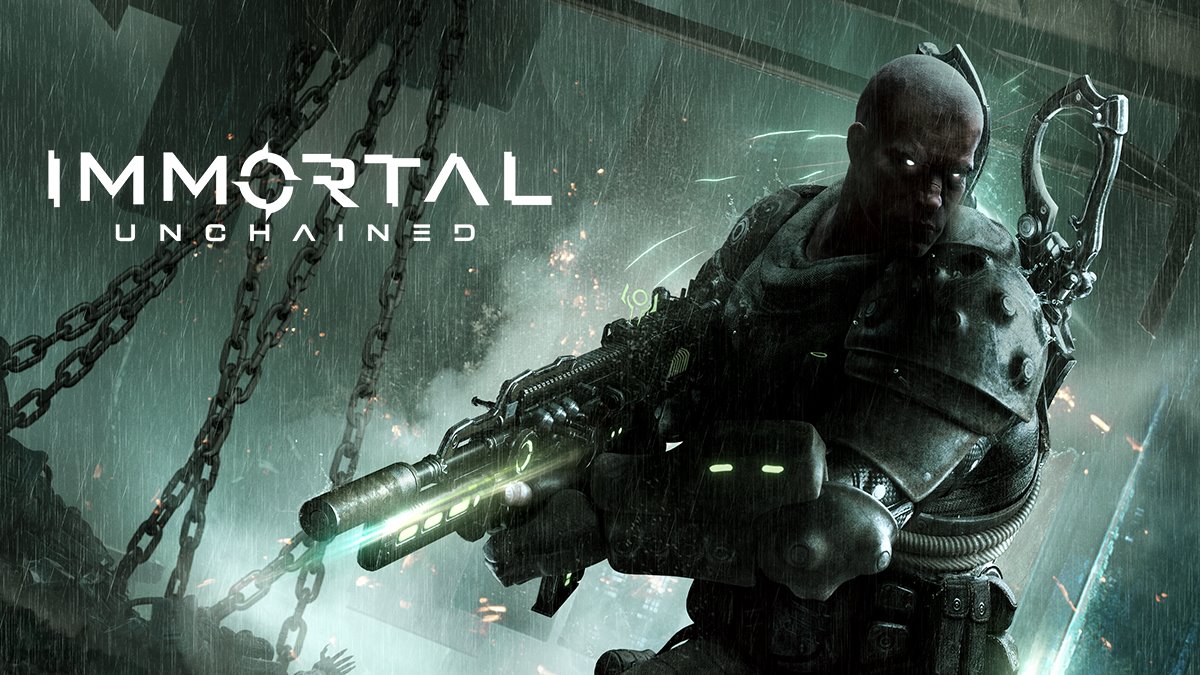 Immortal: Unchained, announced a little over a year ago, is out today on PC, PlayStation 4 and Xbox One. A third-person action shooter with clear influences from the Souls genre, it was developed by Stockholm based independent studio Toadman Interactive.

Immortal: Unchained To Get Closed Apha on PC Between March 8th and 12th

Which games (and non-games) were your main inspirations for the lore and universe of Immortal: Unchained?

We wanted to create a unique, new universe, one on the brink of a cataclysm and so the characters you meet are also on the brink, so their decisions and motivations are affected by the world around them - should they choose between their own interests or altruistic concerns. Creating this dark and meaningful setting has been really important to us. We’ve tried not to give too much away so that players can discover the hidden plots and stories throughout the game.

Was the game always meant to be single-player only or did you consider multiplayer earlier in development?

Yes, at its core Immortal: Unchained was always meant as a single-player game because we really enjoy single-player experiences. But we have also created a competitive mode which will be available post launch as a free patch. It’s not multiplayer but it adds an extra layer of local competitive gameplay.

Will it be possible to customize the main character to be more melee than ranged focused?

Absolutely. By focusing on a strength & endurance build your character will become much more capable at melee. However, melee isn't the only close-quarter option, since shotguns and SMGs also work the best up close and personal.

Can you share an estimate on the game's length? Is Immortal: Unchained linear or not?

Most people on the team spent 20-30 hours on their first playthrough, although some spent a lot longer as we’ve designed the game to be quite a challenging experience. So playthrough will depend on your skill levels and how much time players spend exploring the levels. Immortal: Unchained isn't designed to be linear and there is a great degree of player choice with regards to what challenges are done when, but there are certain events that need to be completed in order to progress.

Why did you pick the Stingray engine over more popular ones like Unity, Unreal Engine 4 or CryEngine?

We have a lot of previous experience working with Stingray, for example on Vermintide, and it’s a natural fit for us. We feel we’ve built a core team able to work creatively and efficiently with the engine.

We noticed Immortal: Unchained among the official Xbox One X enhanced games. What was your experience with Microsoft's console as a developer? Can you detail all the enhancements you have planned?

Well spotted! Yes, we will be supporting Xbox One X and while we haven't yet revealed specifics, we are planning to provide an update on our plan for enhancements soon.

How will the game run on PlayStation 4 Pro by comparison (resolution, effects, etc.)?

As above, we are planning to provide an update on our plan for PlayStation 4 Pro enhancements soon.

Would you consider a release on the Nintendo Switch at a later date?

We wouldn’t rule anything out, but we haven’t looked into it as we have been very busy getting the game ready for release on PS4, Xbox One and PC on September 7th.

Do you have plans to release additional content after launch and if so, will this be a paid or free addition to the game?

Yes, we plan to both do free and paid content updates for Immortal: Unchained. We want to make these updates together with the community to not only extend the amount of levels, but also features and systems. We’ll have more information to share on that very soon.