Titanfall 2 is coming, and not only will the sequel to one of the biggest 2014 releases will feature a separate full-fledged campaign unlike its predecessor, it will also not be a Microsoft-exclusive title and will launch on all current-gen platforms some time before April next year. That’s according to the game’s publisher Electronic Arts. With that said, it is quite understandable why – as recently confirmed by developer Respawn Entertainment – the team responsible for Titanfall 2 is 30 percent larger than the one that worked on the first title. 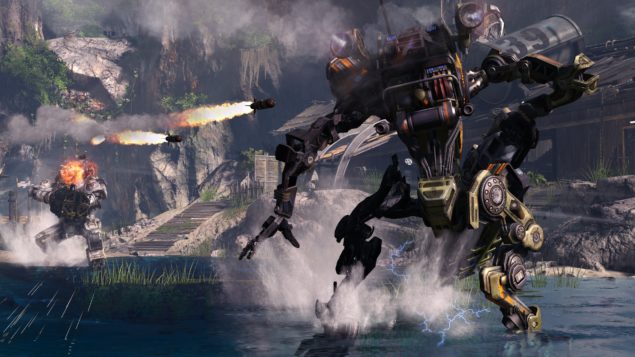 The development work on Titanfall 2 is being carried out by a team that is 30 percent larger than the one that worked on Microsoft-exclusive Titanfall, Respawn Entertainment revealed. While talking to Develop, HR and recruiting manager Kristin Christopher pointed out that the first game in the franchise was made by about 70 people, in comparison, the sequel now has 90 people working on it right now. Note that this team of 90 is only responsible for Titanfall 2, and rest of the studio is working as a new team on an unannounced third-person action game.

"Although we make triple-A games, our teams are on the smaller side compared to other triple-A developers. We had about 70 developers on the original Titanfall and we currently have about 90 working on the sequel. We expect our new team to grow to a similar size."

The new team that Christopher is talking about is the one that is responsible for the ongoing development work on the studio’s new, yet-unannounced game. According to Christopher, the new team is currently “small,” but as the development process gains momentum, Respawn Entertainment will open up "many more positions". The studio will be looking to hire up to 70 more people, putting the headcount in new team roughly around the one working on Titanfall 2.

“Respawn is growing from a one game, one team studio to a two game, two team studio. A while back we hired Stig Asmussen – formerly with Sony, where he was director on God of War 3 – to direct a new game for us.

“The team is currently small, but as they prepare to go full-force into development there will be many more positions that open up. I could see us hiring up to 70 more people to support that game, not counting other roles in the studio. It is a really exciting time.”

While we know that Respawn Entertainment is working on a sequel to its mech-shooter game, the developer has not properly revealed the game yet. It is known, however, that Titanfall 2 will have a full single-player campaign and will be released on all current-gen platforms, unlike the first game in the franchise, which had the campaign integrated into the multiplayer game itself, and was originally released only on Xbox One and Xbox 360 consoles before launching on Windows PCs.

Respawn Entertainment CEO Vince Zampella has already stated that“2016 is going to be a very big year for Titanfall.” Chances are that this next game in the franchise will see a full reveal during Electronic Entertainment Expo 2016 this summer. What do you have to say about Titanfall 2? Share your thoughts in the comments section below.