Microsoft has just delivered a new Windows 10 Insider Preview Build 19592 to Insiders in the Fast ring, delivering some improvements for 2-in-1 convertibles and fixing the bug that was blocking new builds from ARM devices.

Earlier this week, the company announced a new leader of its Insider community who will work alongside Panos Panay to usher Windows 10 into a new era - hopefully an era of stability and reliable updates?

Time for your #WFH coffee break, on us! #WindowsInsiders, Build 19592 in the Fast ring is here. Get more details: https://t.co/iSjrm62WCR #AreYouFlightingYet pic.twitter.com/gtRD3Idmr2

Here is what is new with today's release

We are beginning to roll out (again*) the new tablet experience for 2-in-1 convertible PCs as a preview to some Windows Insiders in the Fast ring. This experience is separate from the Tablet Mode experience that you will still be able to use. This new experience allows users entering tablet posture to stay in the familiar desktop experience without interruption with a few key touch improvements:

You’ll also notice we’ve updated some of the related Tablet settings under Settings > System, so as to give you control over the experience.

In order to help ensure quality, the feature will be rolling out slowly, starting with a portion of the Insiders that have never detached their keyboard before, or have their tablet mode settings set to Don’t ask me and don’t switch.

We’d love to hear your feedback about the experience: 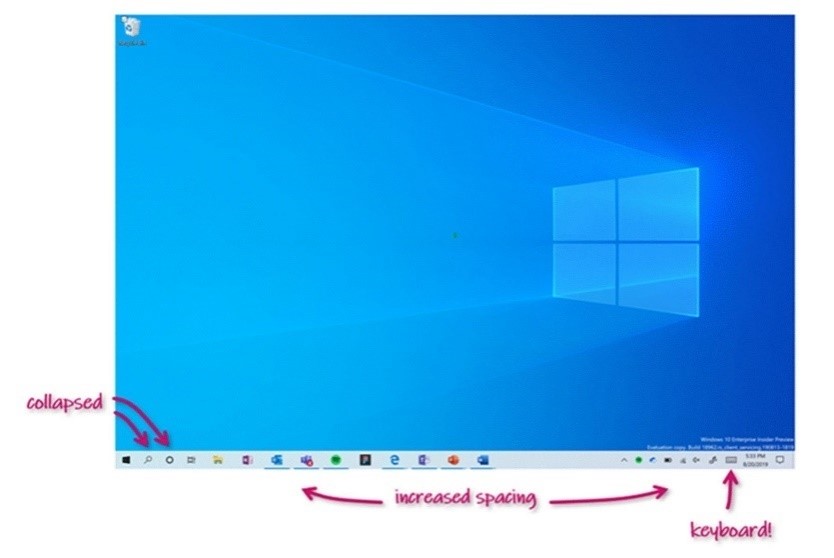 - Earlier: Microsoft pauses all optional W10 updates due to COVID-19