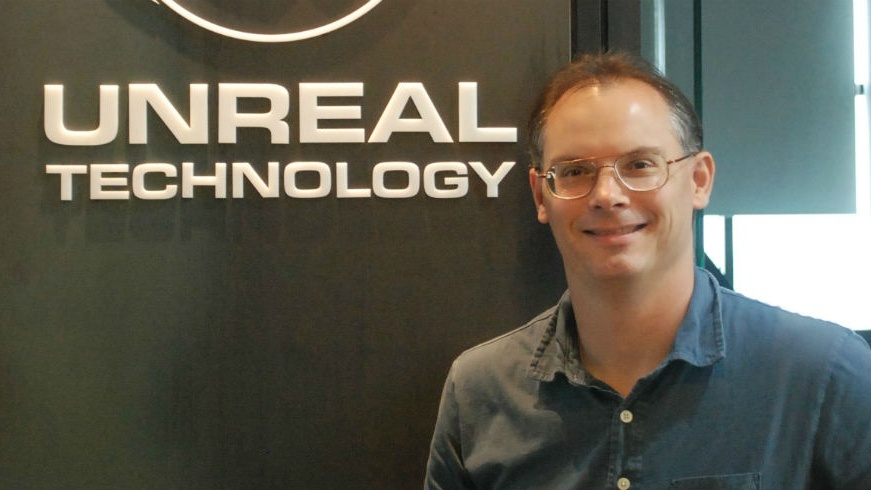 So there's no doubt that people have their issues with Epic regarding the Epic Games Store and other issues. It was only yesterday I had more than enough to say about the company in relation to the companies open admission to flagrantly ignoring data regulation and laws. At the same time, I'm a proponent for the Epic Games Store, though I certainly recognise that even as a store it's completely lacking essentials like a shopping cart.

Still, one thing that is fairly irregular is the person from up high, in this case, Tim Sweeney, personally responding to issues on a network as open as Twitter. Over the previous few days, Tim Sweeney has been responding to comments on Twitter, both those that are inflammatory and those genuinely asking questions in a mature manner. In his replies, he's covered topics from the sales figures of titles that are on the Epic Games Store, issues regarding Kickstarted projects and more - even surprising aspects like how Epic will not cover the charge taken by payment-processing companies.

Epic Store and the Sales Figures of Games

Two titles we have covered here that have openly stated they have sold very well on the Epic Games Store are Satisfactory and Metro Exodus. In addition to this, developers Saber Interactive reported that their title, World War Z, sold over six hundred thousand copies on the Epic Store as of the beginning of this month. Despite any facts and figures, people will always make arguments - as plain silly as some of them are - about how a game actually sold well.

To quote a comment on the previously linked Satisfactory piece:

Epic probably bought up those copies to mislead people into thinking their store is working out well.

Though this naturally would be brought up on Twitter as well. Tim Sweeney did respond in a simple manner though, not stating how finally ruinous such a move would be. In this case, it is now made clear that every single copy of a game sold on the Epic Games Store is reflective of a copy sold to a customer on the storefront.

When we or partners announce copies sold, these numbers always reflect actual copies of games to Epic Games store customers. When we provide funding to developers or publishes, that does not affect the calculation of copies sold.

What wasn't so much as covered is the deals made with publishers. We know, in some cases of the exclusivity deal, that Epic is paying an amount of money up-front. Generally speaking, these deals result in the store recouping their upfront payment from initial sales, with sales beyond that amount resorting to the natural split. The split with epic being 88% to the developer/publisher. In the case of World War Z, I was also told by a developer of The Sinking City that this title is the same, no money changed hands and the exclusivity is based on the share offered by Epic alone.

It could certainly be the case that the money paid by Epic may never be recouped if sales aren't strong enough. However, going by the sales figures that we are aware of, this doesn't look to be the case, with the titles that have publically announced their figures all having been good. Granted, we know nothing of those titles that haven't released any figures.

Naturally, one of the major hot-topics of recent times is the timed exclusive of Shenmue 3 on the Epic Games Store. All I can state on this is what I've said in the piece (and comments) of what I've just linked above.

While the move itself is certainly bad in optics all around, considering that Steam keys were offered in surveys after the Kickstarter had completed, they are not obligated to provide them.

The simple fact of the matter is that the original Kickstarter project never mentioned Steam, it mentioned a PC copy. Only the survey and comments after funding had long completed. Does this make it right? No. Ys Net offered a Steam key and while this wasn't what people paid for - they couldn't have paid for it because it wasn't offered during the funding - they should attempt to honour it.

Strangely, the concept of honouring this was actually mentioned - as well as a follow-up tweet regarding the backers and potentially getting a Steam key:

If there were a way to deliver Steam keys to existing backers, the developers, publishers, and Epic would love to make that happen even after going exclusive, and we’d be happy to pay 30% for the keys. But as we understand it, Steam takes an all-or-nothing stance.

It would certainly be interesting to see if this is the case. Valve is notoriously secretive over quite literally everything, having blocked developers and publishers from releasing figures of copies sold on Steam until October, last year. As per the Steam Workshop agreement, if you make content for the workshop, you are still obligated to keep sales data hidden.

I digress. In this situation, Tim Sweeney is publically stating that Epic would pay the 30% of Shenmue's cost, per key, directly giving Valve revenue they wouldn't otherwise get (Steam keys provide no income to Valve, though the game does have to be sold there) should they create the keys for Kickstarter backers.

The second case is where a developer simply tells the public about their future plans. Here, it’s completely reasonable to change plans and announce a new plan.

While I personally wouldn't call it reasonable after at least a year of offering backers Steam keys, I can certainly abide by the fact that they were only plans to release on Steam. As stated before, the copy offered on Kickstarter was a generic PC copy, not Steam. Again, it doesn't make it right though it certainly is the case that this was all offered when Steam was literally the only true way to go on the PC.

Two interesting points that have been brought up during the number of tweets to and from Tim Sweeney is what Epic Games are actually doing both in the funding of games and taking risks - or perceived lack thereof - and also a complaint regarding Epic not covering payment costs when it comes to certain methods used. In both.

First and foremost, there's little doubt that the titles that make the news are already titles that have been developed or are far in the cycle, and there's no risk of a game not coming from it. There are the aforementioned risks of a game not meeting sales to cover an up-front payment if one is given, but that is likely rare. A point that was put to Tim is that Epic does not take any risks in funding the development of new products but only in those with a secured number of customers or interest around them. His response was as follows.

Also, much of our early-stage project funding comes with no strings attached (no Epic Games store exclusivity or even release obligations):https://t.co/vHze7M5OLo

I have to admit though, I'm completely unaware of any project that has been approved for or received funding from this. It does seem we're unlikely to hear about any of them until next year too, going by the earlier tweet. Looking at games now, particularly those at E3, you rarely saw the Steam logo but a generic PC logo, which Tim himself was quite keen to point out.

Another hot topic was the revenue share taken by Valve, a topic that Tim Sweeney and Epic Games have been vocal about in the past, earlier offering to forego exclusivity deals if Valve were to match Epic Games' 88% revenue split. This was following Valve's frankly pathetic change of their split, where the biggest games and companies would keep more, but smaller titles would remain as they were directly stating "Our hope is this change will reward the positive network effects generated by developers of big games, further aligning their interests with Steam and the community".

Is escaping the 30% Steam tax a privilege reserved only for games made by powerful corporations?

What moral principle prohibits smaller developers and publishers from making deals to get funding and lower 12% store fees, or prohibits Epic from offering them?

Honestly, I can't help but agree with him here. My thought on actively keeping more money from the developers that need it the most isn't a secret. Valve was shameless in their move and was quite blatant about it, no consideration was given to indie developers. This topic primarily came about as a follow on from something I'm not completely sure I agree with Tim on though, the idea of payment fees.

We’re all for discounting games for consumers (see the Epic MegaSale), however we aren’t eager to subsidize high-overhead payment processing companies. We’re in the early days of a long-term push to economize digital payment processing around the world.

By covering reasonable payment processing fees (up to 8%) and passing on costs for high-overhead payment methods, Epic is encouraging customers to adopt efficient payment methods, and encouraging payment companies to operate more efficiency as their costs are no longer hidden.

Now, while they are covering payment processing fees of up to 8%, something other online stores generally do, I do have issues with his argument. It's certainly an ideal world where payment processing companies aren't able to fleece the consumers and businesses, though I imagine there are areas of the world where the options are limited. Yes, Epic takes only 12% of revenue and the payment processing fees come out of this, maybe it's possible to make some sort of stopgap or arrangement that allows those who have limited options for payment to make it so they aren't spending more?

Epic Store Money Cards perchance? - Though maybe Epic should get a shopping cart on the store before looking that far ahead.

Epic Games and the Talking Tim

While I may not agree with everything he has said, it's still refreshing to see somebody deal with questions without the usual PR-filtered speak. Granted, a lot of it was still very PR. Personally, I'd like to see a lot more of this, at least it shows some level of approachability - there's always the chance it's orchestrated to put this image across. This doesn't seem to be the case going by previous tweets and discussions though.