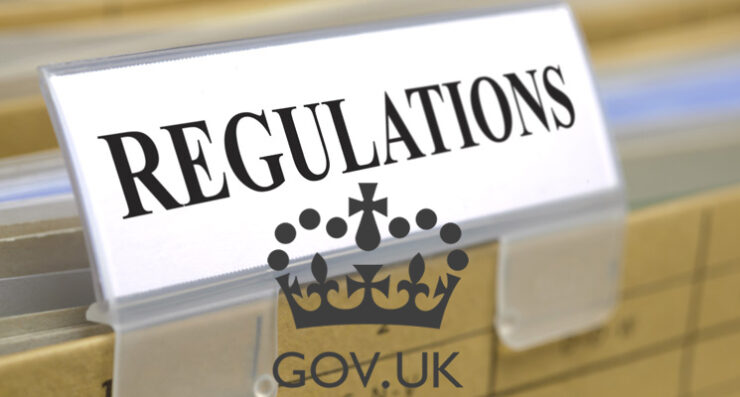 It's taken quite a while, and at least a small amount of pressure for TIGA (The Independent Game Developers’ Association) to respond to recent government pressure on the harms that can be found online. This isn't limited to just video games, but the recent grilling of Electronic Arts and Epic Games by the UK Parliament’s Digital, Culture, Media and Sport (DMCS) committee has certainly brought them to the forefront.

In this case, the particular harms of loot boxes and other I mean surprise mechanics (loot boxes), as well as the recent WHO's recognition of Gaming Disorder as a disease has been a part of the awakening of regulatory bodies, and others, towards some of the harms that can undeniably be found in gaming when those with bad practices are left unchecked.

UK Games Industry Grows Faster Than Ever, According to TIGA Report

It should be noted, however, that this white paper is about far more than just video games, being as a response to the unchecked social media industry. It's just that games fall under its purview.

In April, the UK Government published its Online Harms White Paper, proposing a number of aspects including but not limited to:

In addition to these points, it was made clear that a statutory duty of care would be established. A large portion of this duty of care is related to the prevention of criminal activities, terrorism and the following of standards set by regulators. There are a few very specific aspects that would directly impact on the video games industry though.

One, in particular, would be the direction of users who have suffered harm towards support mechanisms, which I would personally say would force all games featuring loot boxes to direct users towards such as Gamble Aware. Why? Because it's gambling, not Surprise Mechanics.

It needs to be made quite clear that TIGA, despite its name, isn't independent. It is the trade association for video games, designed to promote video games and protect the interests of the industry. Knowing this, the response by TIGA towards the Government Online Harms White Paper is a bit of a surprise, though the omission and inclusion of some aspects are notable.

TIGA has responded, setting out a number of points that they recommend in relation to this White Paper and proposed regulator. These points include, but aren't limited to:

TIGA CEO, Dr Richard Wilson, also had this to say:

TIGA supports the Government’s plan to establish a new statutory ‘duty of care’ to make companies take more responsibility for the safety of their users. We also support the intention for an independent regulator to oversee this duty of care, issue codes of practice and to enforce compliance.

Social media is the leading source for where online harm takes place in the UK. However, it is important that video game businesses that are within the scope of the regulatory framework fulfil their duty of care and minimise the potential for online harms.

I can't help but agree with the argument that the costs of compliance should be minimised, enabling smaller companies with limited funds to operate within the guidelines. I also fully support that the regulator, if created, should also be reasonable in the guidelines it sets down.

It's also very visible that, despite agreeing that a duty of care does have to be in place, the call is for the government to pay for the games companies to do the job they should already do, with the request of "Tax Relief to enable them to invest in effective safety technologies". Nor do I like the idea that the largest companies should fund the regulator, the regulator should be independent and non-reliant on the funding of the companies it would fine, should they get out of hand.

As I've mentioned them in this piece, I can't help but notice the lack of any reference towards transactions or loot boxes in the response by TIGA, despite it being covered (to an extent) in the White Paper, including the concern of "the pressures of children to spend money".

What remains to be seen is how the UK government will respond to the growing issues over online safety as well as, in the case of the games industry, predatory actions by companies such as Electronic Arts, Take-Two, Activision-Blizzard and others. Personally, I would hope for a moratorium of all real-money loot boxes while they are studied further, if not an outright ban. Also, companies should certainly be more hands-on with the protection of their audience from online abuses. It's a simple, undeniable fact that people, not just children, are victims of bullying, grooming and other predatory aspects and there should be protections in place.