Be warned: This isn't going to be an impartial news piece. It has opinions in it.

To say that this day was coming would be a huge understatement. EA and other companies have been under fire for a while when it comes to loot boxes. EA, in particular, faced serious backlash around Star Wars: Battlefront II, though they have also seen recent issues around FIFA and other titles. Today, EA and Epic Games were called to give evidence, alongside Epic Games, to the UK Parliament's Digital, Culture, Media and Sport (DMCS) committee about Loot Boxes and other elements.

Naturally, EA has previously denied allegations that loot boxes are gambling, despite the widespread belief that they are gambling and their undeniable similarity to gambling. There has been push-back from countries like Belgium, The Netherlands as well as other legislators or bodies looking into loot boxes, such as the FTC, certain US senators and the International Game Developers Association (IGDA) who issued a call for companies to self-regulate before governments got involved. Even the UK's own gambling commission found that over a million children had been exposed to gambling through loot boxes.

Naturally, given the overwhelming backlash and oft-shown negative effects, you would expect a strong response from EA. What was the defence given to the DMCS? Kerry Hopkins, Vice President of Legal and Government Affairs at Electronic Arts stated:

Well first, we don't call them loot boxes. What we look as surprise mechanics. If you go to a store that sells a lot of toys and you do a search for surprise toys, what you'll find is that this is something people enjoy, people enjoy surprises. It's something that's been a part of toys for years, whether it's Kinder Eggs, Hatchimals or LOL Surprise, we do think that we have implemented these kind of mechanics - and FIFA of course is our big one, our FIFA ultimate team and our packs - is actually quite ethical and quite fun, enjoyable to people. 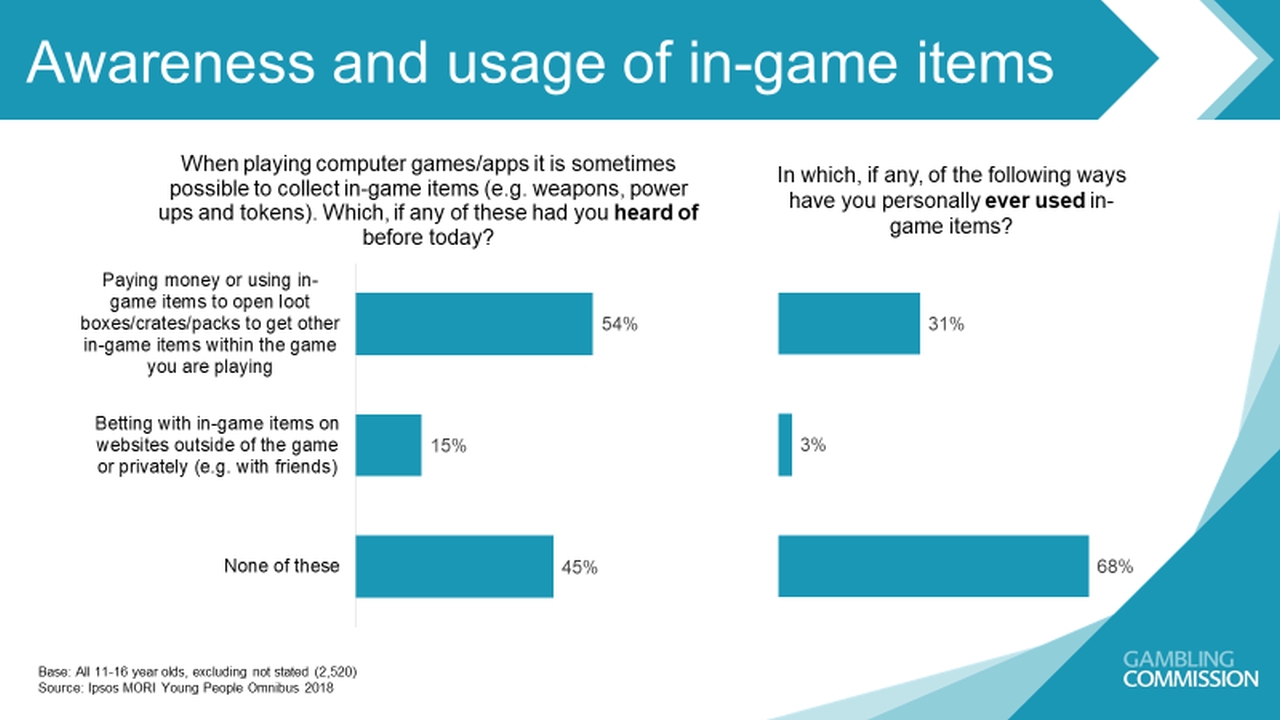 On another topic of discussion, regarding duty of care and also looking at the ages of players, both representatives of EA and Epic attempted to pass the buck of spending, ages, purchasing prices and more onto Sony and Microsoft. This was particularly notable when Kerry Hopkins stated:

By the time the player is coming to our game, they've already gone through the Sony system. The parent has created a sub-account if they're under eighteen and the parent has been informed they can set parental controls to make decisions about the content: do they want the child to be limited to PEGI 15 and above, PEGI 3 and above. They can make choices as to gameplay, amount of time played, and they can make choices as to purchases. One of the things we do, we all as publishers ensure our games are compatible with the PlayStation and Microsoft systems, so that when the parents have set those child accounts and have made the choices in those systems for their child, we respect them and what they get in our games follows what they set in the console.

When asked the simple question of "So, it's Sony who's responsible for the age verification" following this, it was finally made clear by Kerry Hopkins who mentioned the fact that to play and purchase items on their titles, you also need an EA account.

The fact of the matter is that a lot was discussed here and, sadly, the majority of the committee were quite blatantly unfamiliar with the topic in general. One, early on, even asked how she would be able to join EA's eSports team for FIFA if she were a player. The few times strong questions were asked, people would not follow up on the query when it was evaded.

Should you want to watch the full thing, you can find it on the UK Parliament website here though you may, like me, find yourself getting increasingly frustrated. On the video you will see a number of witnesses from varying companies, covering loot boxes and other subjects. These witnesses are:

In addition to this, the committee will also meet next Wednesday, with these witnesses from King, in an extensive look at Mobile games to "examine how microtransactions and other design mechanics are used by gaming companies and find out more about the interplay between games and social media platforms":

It shouldn't come as much of a surprise how much I dislike loot boxes. They are gambling, they are not "surprise mechanics" as much as the corporate mouthpieces want to deny it. They are tools that prey on the customer, particularly the young and those susceptible to gambling or other addictions.

Keep an eye out for a second piece on Epic Games and their response during the questioning.