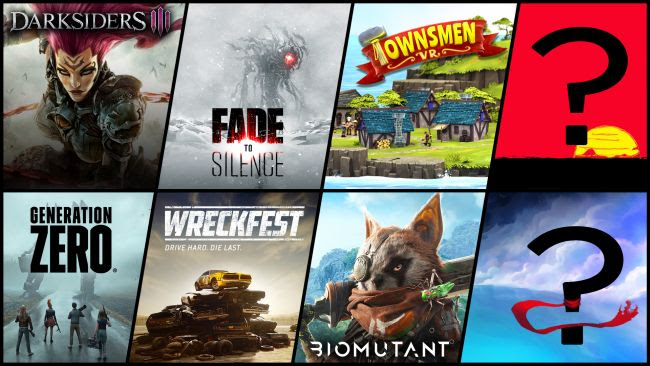 As you might recall, publisher THQ Nordic ditched E3 2018 with the excuse of having to watch the World Cup. Humour aside, they wanted to make a big splash at Gamescom 2018 and today they have announced the official lineup they'll showcase in Cologne, Germany.

These include Generation Zero, the open world co-op game in development at Avalanche Studios, which has just been confirmed to be published and distributed globally by THQ Nordic. The known quantities also include Biomutant, Fade to Silence and Darksiders III (recently confirmed to be launching on November 27th), but there'll be a few surprise announcements as well, including one that will be revealed during the official gamescom opening ceremony. Keep your eyes on http://www.gamescom.global on Tuesday, 21st of August 11:00 AM CEST for this one.

Players can visit our booth in Hall 8, A011. Be amongst the first in the world to play Darksiders III. Meet our Cosplayer, Legion and learn all the latest news about the game during our daily stage show.

Also for the first time, visitors at gamescom can experience the new 4 player co-op game Generation Zero, an explosive game of cat and mouse set in a vast open world in a reimagining of 1980’s Sweden.

Biomutant, called one of the biggest surprises of last year's gamescom, is back with an incredible new demo full of Kung-Fu, action, weapons, creatures and craziness.

Fade to Silence sends the player in to a world of unrelenting winter, fighting not only hunger and monsters, but also nature itself. Get your hands on this survival game with moral choices, base building and permadeath!

The publisher also shared a trailer for its Gamescom 2018 lineup, which we've embedded below. We'll be in Cologne with a couple editors, so expect reports on all these titles and more.