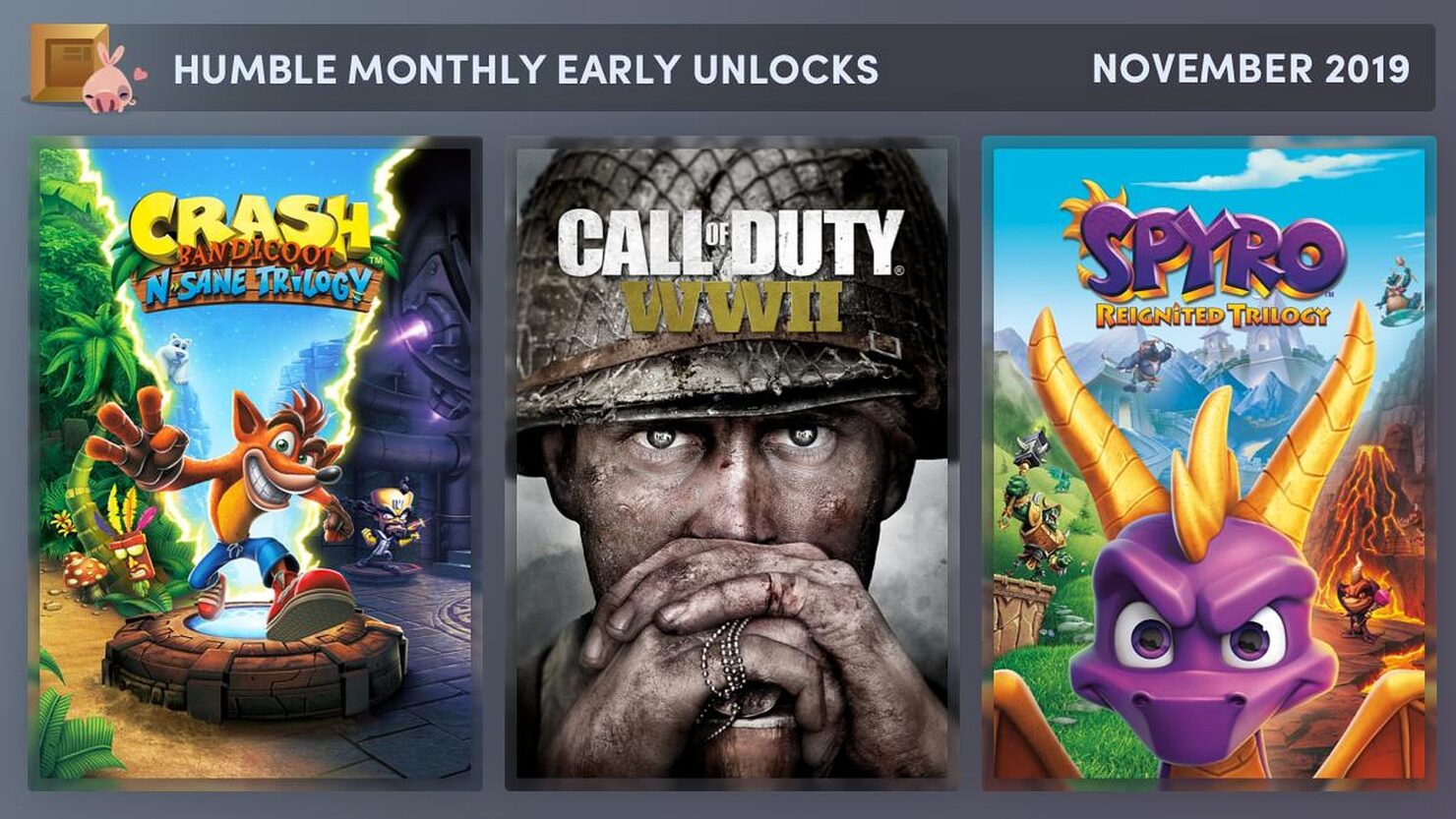 A new Humble Bundle is now live and it's perhaps one of the best curated monthly bundles we've seen yet from Humble Bundle.

By subscribing for $12 monthly, you're getting Spyro Reignited Trilogy, Crash Bandicoot N. Sane Trilogy and Call of Duty: WWII, for an estimated value of about $140.

Most importantly, all of these Activision games are really great as certified by our own reviewers. Below we've added excerpts from the respective reviews, as well as the official launch trailers.

What else can I say? It looks great, it sounds great and plays great, when you’re not getting ready to throw your controller in frustration from falling off that bridge one last time. All in all, Crash Bandicoot N. Sane Trilogy is one of the best remasters I’ve played in a long while and is a must play for anyone that wants to take a trip back to their childhood.

The Occupation Review – A Cracked Case